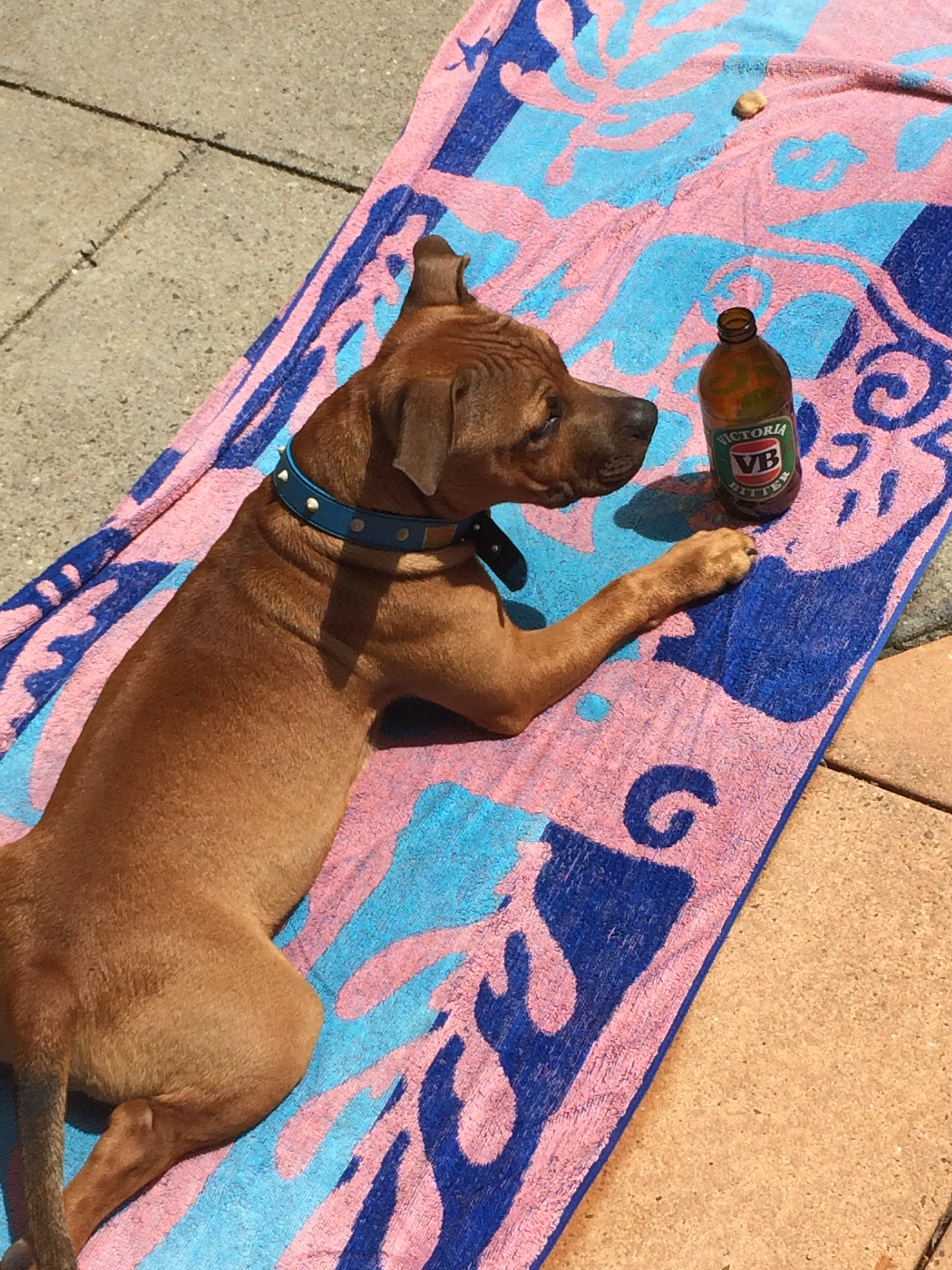 The last few weeks I have been experiencing a touch of >the old writers block=. My life is if anything too carefree, nothing has stirred me of late except maybe some off chicken I found in the neighbours bin. Until one day when I was just sitting in the smoko room at Owen Guns minding my own business, chewing on my old girl=s table leg when the conversation stole my attention. Woolworths Limited has been cooperating with the one and only celebrity lisping chef >Jamie Oliver= on their advertising campaign for some time now. This on its own will not shock you but the fact that Woolworths have asked Farmers to pay for this advertisement personally makes the hair stand up on my back.

Woolworths Limited is the largest retail company in Australia and New Zealand by market capitalisation and sales and the largest food retailer in Australia and the second largest in New Zealand. In addition, Woolworths Limited is the largest takeaway liquor retailer in Australia, the largest hotel and gaming poker machine operator in Australia. A couple of years ago Woolworths announced a “partnership” with the celebrity chef. Apparently, this is about “inspiring a healthier Australia” Mr Oliver Promised in a You Tube Clip he would be “working across the whole of the business, at front and back end.” In another video he said: “Part of what I’m doing with Woolies is looking at standards, and ethics, of where our sort of food comes from.”

The problem is that he is not. Instead, Mr Oliver has come under fire over the funding of the advertising surrounding his relationship with Woolworths.

Woolworths are demanding that growers pay the costs of their advertising campaign, asking for a levy of 40 cents for every crate of fruit and vegetables sold. That doesn’t sound much, until you think that farmers’ profits average only $1 per crate for a whole season’s work. Considered this way, it stinks more than one of my off chicken necks. Of course Woolworths say that the levy is voluntary but Woolworths tightly control their supply chain and growers know that if they don’t pay Woolworths may very well not buy the crop they have in the ground. When pressed by the vegetable growers’ peak industry body, AUSVEG, over the demands they surrender 40 per cent of their profits to Mr Oliver and Woolworths, he at first dithered. Then, a few, a letter was issued by his representatives to say “Jamie is essentially an ‘employee” of Woolworths and as such he has no sway regarding the commercial direction… the Woolworths business takes.” Moreover, in this case he is not a spectator but effectively a beneficiary of these demands on our farmers. If he doesn’t approve of Woolworths’ ethics, he can withdraw from the campaign, and refund his endorsement fee. Meanwhile the chef, who is thought to be worth £180 million, is planning a revamp of his 17th-century £9 million London mansion in order to overhaul its ‘1970s’ interior. 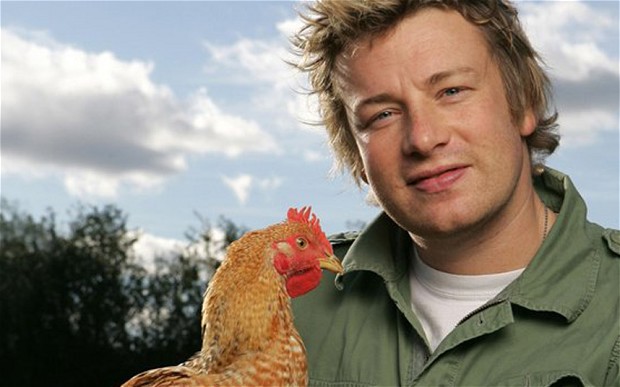 I couldn’t find a picture of him with a dog so this will have to do.

“I think (the major supermarkets) have an obligation to support the local farmers and not screw them,” Moran said.

“I’m sure they are running a business, where they want to make money, but at the same time they have got a responsibility to our local farmers.”

Moran, who runs several successful restaurants including his signature ARIA in Sydney, said shoppers also had an obligation to be prepared to accept when certain ingredients weren’t in season.

“No, we shouldn’t be buying asparagus from Peru and mangos from Mexico,” he said.

So in conclusion I have decided that I will shop elsewhere for my fruit and veg, maybe I’ll go organic? I only eat the odd roast potato or honey’d carrot, my diet is extremely high in protein. Anyway its back to the grueling work week for me. 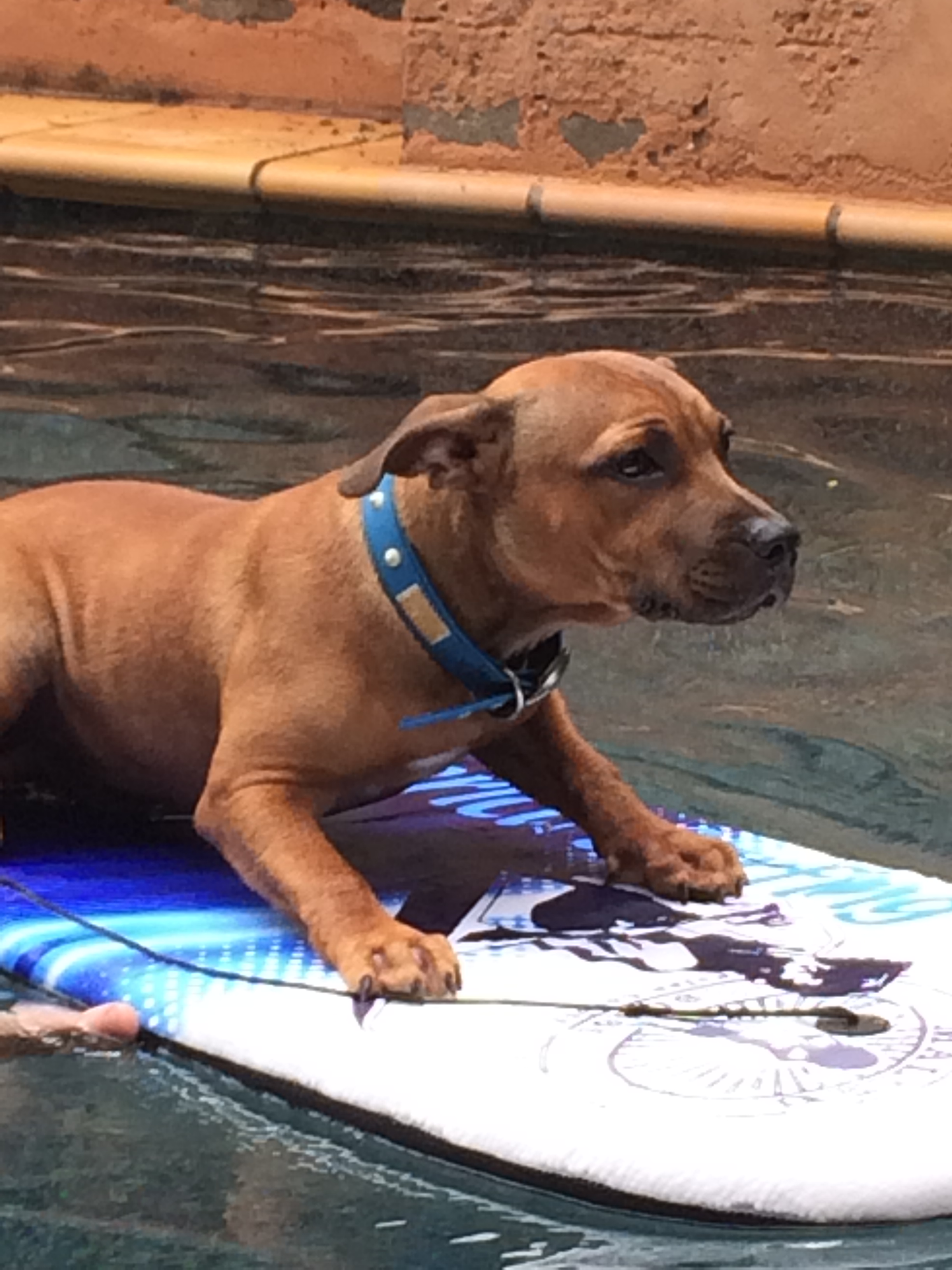 Its a hard slog but someone has to do it