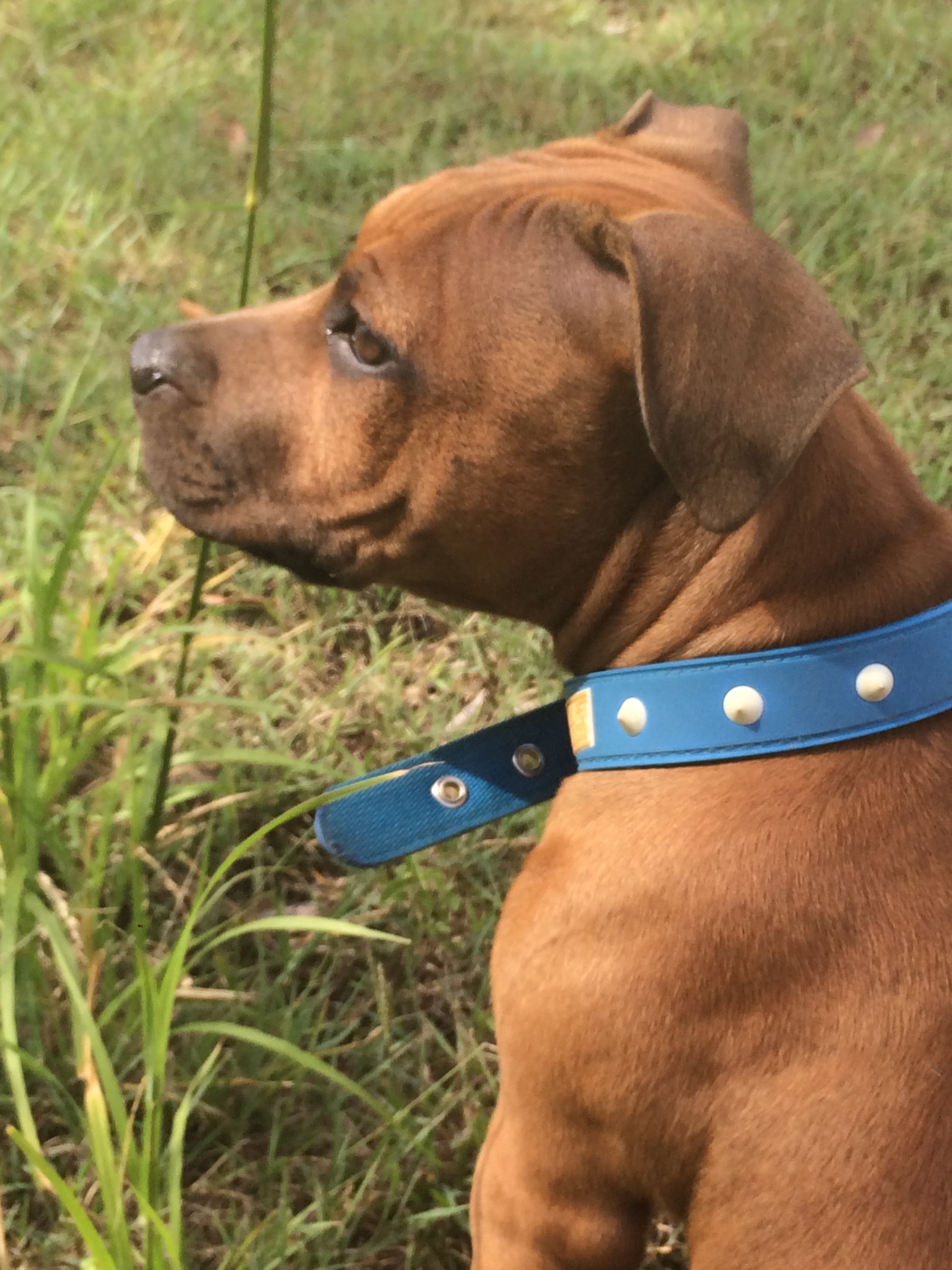 Lately I have been hearing that getting your gun licence is not exactly a simple operation and can take some time to process. This has prompted me to get the ball rolling and I have booked myself in to do the course with a nice man called Greg. It takes a whole day but I’m told we get to shoot afterwards. I have to get this done now because it can take the police weeks to process the application and that is time wasted when I could be shooting. I didn’t realise dogs could get into shooting until I saw Crusoe the Celebrity Dachshund’s latest movie where he goes hunting.

My life up till now has been blessed I came from a humble country home where my mum and 7 siblings were sufficiently fed and had freedom to stretch our paws. Life just became better for me since then, although I miss my mother and siblings I have a very loving home and even a career as editor of Owen Guns .com. I wasn’t aware of just how lucky I am until I came across an article about places called ‘Puppy Farms”. This may sound like a magical place where pint sized Labradors, Spaniels and Dalmatians cavort atop green pastures, but the reality is something very different indeed. Puppy farms, also known as puppy factories or puppy mills, are intense breeding facilities that churn out puppy litters for profit, often at the expense of the health and wellbeing of the animals. Sadly, it’s a lucrative business in Australia, and one that raises serious welfare concerns.

Earlier this year, the owners of a Victorian ‘puppy farm’ pleaded guilty to 240 charges of animal cruelty following a raid of their Pyramid Hill farm. The RSPCA found 235 dogs living in wire cages on the property, in squalid and overcrowded conditions. Some dogs had died and those still living were underfed and filthy, many with serious health problems. At the time of prosecution it was reported in the media the owners had netted more than $250,000 over two and a half years by selling puppies to pet shops.This shocking case has helped shine the spotlight on the factory farming of companion animals in Australia, as the RSPCA and other animal welfare groups continue to campaign for setting minimum standards to force the closure of unethical dealers.

According to the RSPCA, a puppy-farming environment where dogs can be caged in conditions similar to those of battery hens, can cause long-term health and behavioural problems in breeding dogs and their puppies, due to: extreme confinement – in some cases breeding animals may never be allowed out of their cage to exercise, play, socialise, have companionship or even to go to the toilet, inadequate veterinary care and general care (grooming and parasite control), unhygienic living conditions, inadequate and overcrowded housing conditions.
“The most distressing thing is the psychological damage,” says Debra Tranter, founder of animal welfare group Oscar’s Law. “We’ve seen dogs spinning in circles or chewing their own tails, or chewing the cage. And a lot of these dogs completely shut down. They can’t even make eye contact and refuse to eat and drink.”

Tranter says she is aware of around 200 ‘legal’ puppy factories currently operating in Victoria alone – meaning they are licensed and operate under local council permits – while countless others are running Australia-wide without permits, hiding their activities in isolated or remote areas.

In my search to uncover the evil truth about Puppy Farms I came across a recent tale of one woman’s experience and her appeal to put an end to these messed up enterprises.

Yesterday was a sad day.
Yesterday, my beautiful lovely, sweet, gentle 7 year old chocolate labrador died in my arms.
He was ‘broken’ from the day we picked him up from what we now believe to have been a puppy farm set up – we just didn’t know it then.
Despite his medical problems both mental and physical we happily loved him with all our being.
Today our hearts are breaking over his premature death, but more than that, today our hearts are burning with anger over the greedy, unscrupulous, bastard’s out there that think it’s okay to use and abuse animals just to line their own pockets. 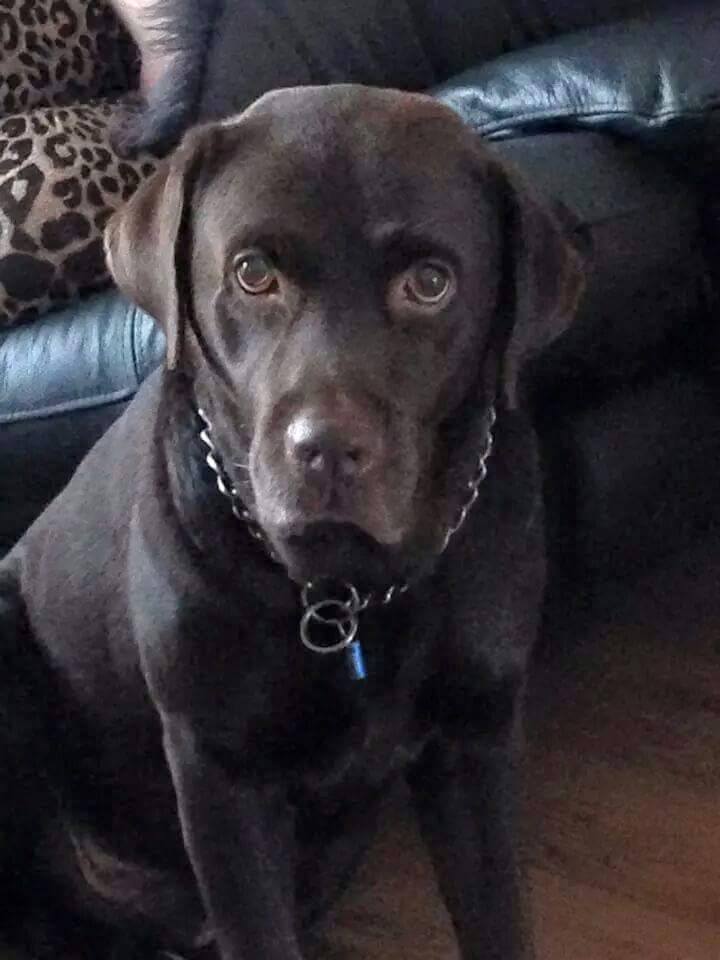 Shadow wasn’t a breeding dog he was one of the puppy’s, and we got him when he was 10wks old (but in hindsight probably much younger) We were naive and hadn’t really heard of puppy farming and therefore perfect ‘victims’. I now know all the warning signs were there but I didn’t know to look – this is why I want to educate people about them now.
Shadow was ‘broken’ probably through his mum being repeatedly interbred, through being mistreated the short few weeks after he was born, and through being taken from his mother far too soon.
We named him shadow because he was terrified of literally everything – even his own shadow, and because he became my shadow, never ever letting me out of his sight. He lived his life in fear – even leaving a bag out on the table would have him freeze in his tracks and having a melt down.
In anyone else’s eyes he was probably severely brain damaged – in my eyes he was just ‘special’ and needed a little bit more love than anyone else ~ which we happily gave him.

As I kissed my beautiful boy goodbye I made a promise to him that I would do everything in my power to raise awareness regarding the cruelty behind puppy farming.

From 1 July, the Victorian Government enforced new regulations on pet shop owners, requiring they keep detailed records on every dog and cat for sale. Restrictions are set to get tighter with pet shops being limited to selling dogs and cats only from registered animal shelters or pounds.
Minister for Agriculture Jaala Pulford says there are further plans to crack down on puppy farms by introducing mandatory pre-mating vet checks, limiting breeding dogs to five litters, and restricting the number of breeding dogs in business to 10 by 2020.
Other state governments are also taking steps in the right direction, with the NSW government calling a parliamentary inquiry in May this year to assess current legislation and the lack of regulation in the industry. But, according to RSPCA’s paper End Puppy Farming – the Way Forward, there’s still a long way to go. “There are insufficient standards nationwide to provide for the welfare and health of breeding dogs and puppies and ensure that puppies are appropriately reared to be suitable as companion animals,” it states.

I don’t think any of us know how lucky we are until a story like Shadow’s is exposed. To think that so many other pups are being mistreated to this extent makes the hair on my back stand up.