To Police Minister and local State and Federal MPs

I am one of the two million (Crimtrac Annual Report 2015/16) Licensed firearm owners, who have conscientiously jumped through all the hoops and impositions, paid application fees, Permit to Acquire fees, and 20 or so renewal fees(which are more like un just fines) all created to punish us, for enjoying our sport and hobby. All of us are worn ragged with corrupt politicians incessantly crucifying the innocent pillars of the community, to appease the internationally financed socialist Gun Control, lusus naturae’s who could have their annual meeting in telephone box. 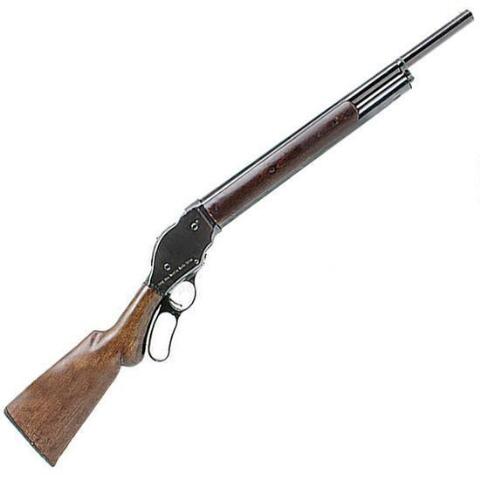 The 1887 Winchester Shotgun. 120 years old “New Technology” that will be Re Categorized unless we all do something in the writing department.

When Australia’s main party politicians, knowingly, plan to introduce further restrictions on firearm owners. Some licensed firearm owners might own one of the lever action shotguns, (technology that has been used in shotguns since 1887) and some will not, but all can immediately realise that if politicians are prepared to lose government, lose their seats to impose unjustified legislation,(re categorising means confiscations) on firearms that have not been used improperly, not unsafe, only at the whim of the internationally owned anti gunners and their mainstream media henchmen, then any firearm that they own is in the waiting line for similar treatment.

‘The Geni has come out of the Lamp’, and he can see ‘the Emperor has no Clothes On’.

The voters are waking up, the Orange NSW by Election can be repeated successfully in every State in Australia.

These international financiers who donate so well to mainstream political parties, make huge donations to academics in Gun Control, they are also huge shareholders in mainstream media and give generously to organisations that prop up the billion dollar budget to the ABC, have replaced the constitutional representation with corrupted dollars. If this information is a conspiracy theory, and not just information re-published by Jennifer Oriel Australian, 22nd August 2016 newspaper from Wiki leaks,

then do your worst, get voted out of office and sue the Australian newspaper for slander.

On the other hand if you wish to vote in parliament for your constituents and vote against this Re categorising legislation and please inform your electorate of your brave stand against international globalism.

Still No reply from my Federal Member Lew O Brian. Has every one else written?
Ron