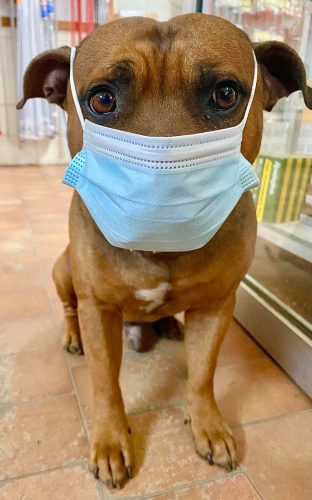 It has been a bit of a crazy month in Gympie Queensland. We received a year’s worth of rain in one month which saw our local shops empty and then we had an outbreak of Corona Virus in Queensland which saw us wearing masks for the first time and emptied our supermarkets again. As I write this I am still wearing a mask, it’s important that we follow the instructions to a tee because they would have no hesitation shutting us down if we didn’t. We have also had Easter and the “roar” so the shop has been busy with holiday goers coming through the museum and people restocking ammo. We are still hearing in stereo that Weapons licensing are knocking back people for licenses because of offences from 30 years ago and ill health. Also PTA’s are taking weeks even months for Weapons to process this is not okay and cannot continue. Shooters Union has been helping support shooter encountering these issues and this is their most recent update…… 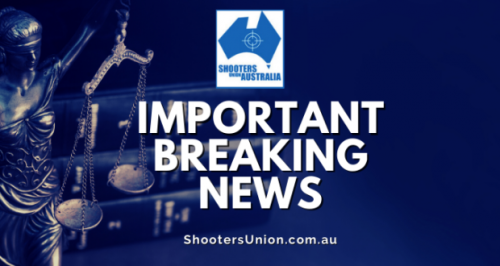 Shooters Union have spent around $10,000 helping members fight unfair decisions by the Weapons Licensing Branch, particularly in relation to whether they are a “Fit and Proper Person” to have a gun licence.
More than a dozen QCAT cases have been launched and they have had several wins – both at QCAT and from WLB reversing the rejections.
They are also hearing from numerous members who have reported significant delays with processing licences and Permits to acquire in both Queensland and New South Wales. Their argument is that there is no legitimate reason for a licence application to take longer than two to four weeks. The information police require is all computerised and it should not take months to run an applicant’s name through the police computer to see if they have been charged with, or convicted of, serious criminal offences, are (or recently have been) subject to an AVO/DVO, or are being investigated for possible terrorism offences.
They have had some high level face-to-face meetings with Government and Police representatives about these and other issues, and will continue to make representations on behalf of all Shooters Union members to ensure your rights are respected and you get a fair go. 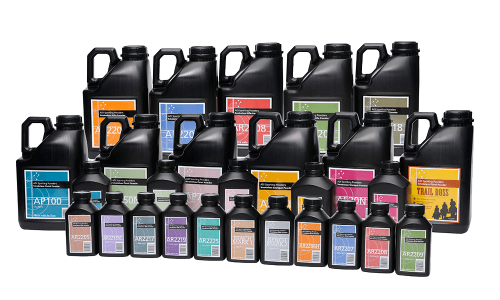 Reloading Powder……
Powder has been increasingly hard to come by and people are coming into the shop with the desperation of a drug addict asking for their favorite lines only to hear “sorry we have none”. ADI emailed us with some more bad news, particularly for shotgun and pistol shooters here is the word from their mouths…….
“As many would be only too aware, we’ve continued to face challenges with regards to our pistol and shotgun propellants. What some of you may not realise is that propellant manufacture can be and is affected by environmental conditions, with the propellant grains effectively absorbing moisture that needs to be expelled to achieve the correct burn rate.
What this means is that when there is high humidity, or it is wetter and colder, it is not possible to make these propellants. This is the exact situation we found ourselves in when we were working towards the replacement for AP70N last year where we were unable to finish the project in the timeline we had hoped.
Due to the La Niña complex weather pattern we’ve been experiencing over the past few months, we’ve seen lower than average temperatures, increased precipitation and of course the humidity that accompanies it. This weather pattern has in its own right effected the volume of APS propellant we’ve been able to successfully manufacture.
Additionally, the infrastructure at the modernised Mulwala propellant facility utilises a water-based transport system to safely and efficiently move the propellant grains between different stages of the manufacturing process. This system introduces another variable that adds to the challenge of delivering our APS propellant range.
Having spent 1,000’s of man hours over the past 4+ years trying to deliver these pistol and shotgun propellants, which have been designed specifically for Australian shooters (we don’t export these at all), we’ve now had to make the difficult decision to pause the development project for APS650 and cease attempting production of the existing APS350, APS450 and APS950 products for the foreseeable future.
We understand that this will be an unpopular decision, and we’re very much aware of the ramifications of this decision to dealers/retailers, shooters etc., but unfortunately the reality is that we simply cannot make these products with any surety as things stand today.” 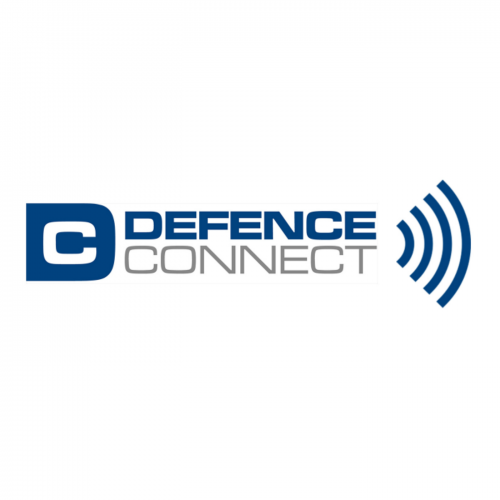 However in an article from Defence Connect we are receiving clear information that they are exporting more Powder now more than ever before…..
“The prime processed munitions export orders valued at over $30 million in 2020, the highest year on record.
Thales has revealed that its subsidiary, Australian Munitions, has undergone a record year of sales with more than $30 million in orders to the US, New Zealand, Canada, Asia, and Europe over the course of 2020.
The orders included the sale of munitions, propellant, military explosives and sporting shooter munitions, produced in Australian Munitions’ facilities in Benalla, Victoria, and Mulwala, NSW.
The milestone came despite COVID-induced disruptions to the supply chain, which according to Thales, demonstrates the “superiority of Australia’s sovereign munitions product”.
“The quantum of munitions export orders achieved in 2020 is testament to the world-class munitions products we manufacture in Australia, and the capacity of our manufacturing industry to support the strategic supply lines of our allied partners,” Dion Habner, managing director of Australian Munitions, said.
“The strong international demand for our products helps ensure we can continue to invest in new jobs and equipment to maintain and grow this vital sovereign capability for the Australian Defence Force.”
Thales’ Australian Munitions business exports to 17 countries around the world, employing approximately 650 staff operating out of its facilities in Victoria and NSW.”
But we are always out of powder.

BREAKING: Biden calls for a ban on “assault weapons” and “high-capacity magazines” pic.twitter.com/U5VfqX28B4

The US…
Speaking in the White House Rose Garden on Thursday, Mr Biden said 106 people are killed every day by guns in the country.
“This is an epidemic for God’s sake. And it has to stop,” he continued.
He also offered condolences to the family killed in South Carolina.
Mr Biden’s executive order gives the Justice Department 30 days to propose a rule that will help reduce the number of so-called “ghost guns”.
These guns are self-assembled, which means they do not contain a serial number and cannot be traced. Background checks are also not required to purchase the assembly kits. 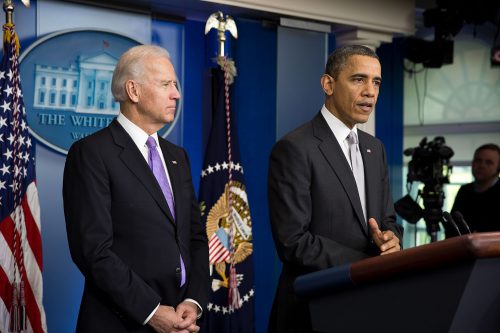 Getting further gun measures through Congress will be difficult. The US Senate is currently split 50-50 between Democrats and Republicans, with Vice-President Harris holding the deciding vote.
However, current Senate rules mean that in practice, 60 votes are needed to pass legislation, meaning some Republican support is required. Republicans have blocked significant gun control laws in the past. There are not enough votes in Congress to enact even modest new gun laws. And the steps a president can take are limited in scope. Obama pushed to introduce universal background checks, an assault weapons ban, and a ban on high-capacity magazines. A bipartisan bill eventually made it before the US Senate, but failed to win the 60 votes needed to pass. Four Democrats from states with high gun ownership voted against the bill. Texas Governor Greg Abbott labeled Mr Biden’s order as “a new liberal power grab to take away our guns”, promising not to allow this in his state. Gun sales spiked after President Obama’s two election victories, and rose in 2016 as Hillary Clinton rose in the presidential polls and was widely expected to defeat Mr Trump. Sales then dropped off after Mr Trump’s victory.
So it looks like America is not going to get too far with strict gun laws across the whole country anytime soon, but this does manipulate people into believing that guns are responsible for murder, crime, suicide ect..

This link ^ outlines the truth about firearm homicides using statistics from recent years, it’s very well put together. The main points outlined are that “YES” the U.S has the highest number of guns per capita in the world, with 90 guns per 100 people. They then look at the murder rate per capita and Honduras is a clear number .1, with 90 murders per 100000. The U.S however is No .111 with 4.7 per 100000 murders. Out of 218 nations and territories these findings place the U.S in the bottom half of per capita murders. In the U.S every state has different gun laws and if we look at the city of Detroit for murders per capita it is letting the team down with 54.6 murders per 100000, if Detroit was its own country it would be the second highest for murder in the world and it has some of the strictest gun laws. Dallas is the first Texan city to be mentioned on the list and it isn’t even in the top 20. Plano in Texas is the last city listed and has by far the lowest murder rate per capita with 0.4 per 100000. We have it on good authority that everyone in Plano has their own arsenal and if Plano was a country all on its own it would rank number 211 on the International per capita homicides at 0.4 percent. 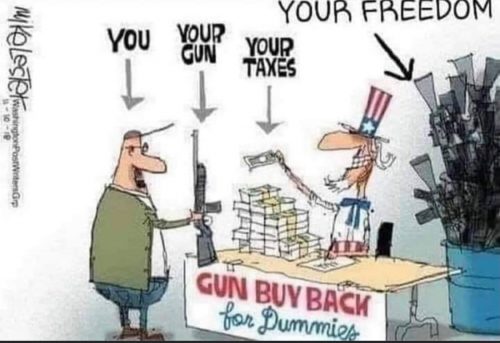 So the amount of firearms in circulation is proven to have no impact on the level of homicides, if anything more firearms reduces the amount of homicides. My thoughts are that people are less likely to attack a home or a business that could have firearms, it is more of a risk. So then if only criminals have access to firearms, which they always do no matter how many laws there are, they have nothing to worry about when attacking a home or a business. Gun laws only prevent honest, law abiding citizens from having immediate access to a firearm. So it’s like the government is giving criminals a free pass. The media will continue to brain wash society into believing more gun laws equals less murder, less crime and peace for all. 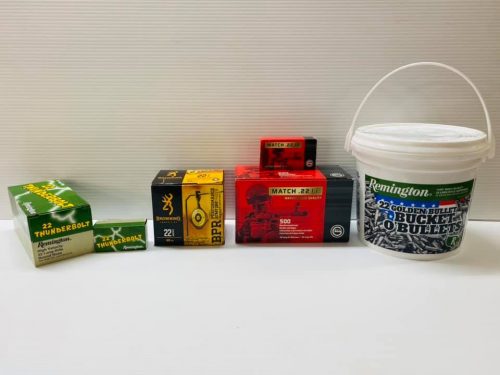