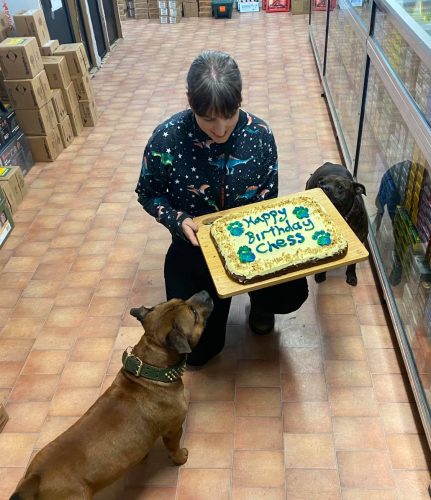 The month of August was particularly good for me for the simple reason that it was my birthday and what I love about birthdays is the cake! Mum made me a carrot cake with cream cheese icing, only trouble is she shared it with all the staff! 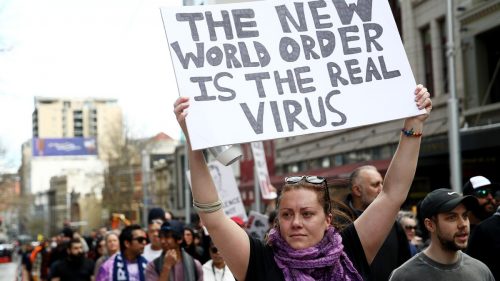 The world seems to be in chaos where ever you look unless you turn off all your devices which is a great option if you can. Everyone was over the word Covid March 2020, but now its driven into our every movement on the internet or television. The only news to distract us from ‘Covid’ is the tragedy in Afghanistan. So this newsletter is not going to focus on either of those two things but the topics are equally as aggravating I can assure you… 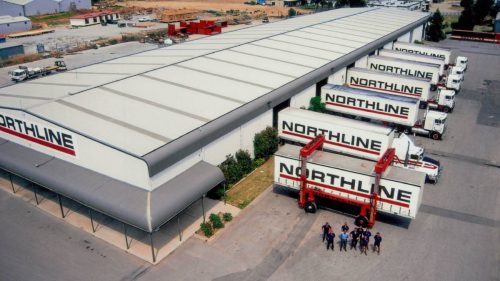 On the 9th of August Sporting Shooter published that Northline freight has joined FedEx / TNT restricting their transportation services to the Australian firearms industry. The Australian-owned company, which says on its own website that it was founded to service remote northern Australian communities, told customers that it had reviewed the “complex and diverse regulations and requirements to move firearms, explosives and/or ammunition across borders and intrastate. This will be a second nail in the coffin to many regional and rural family-owned shops that will no longer be serviced because of Northline and TNT. Northline notified their customers via a letter outlining they will no longer provide freight services to firearms retailers at the end of the month. It’s not going to be felt in the capital cities as much as it will in the regions that rely on freight. The Weekly Times queried Northline about their decision and how it would affect small regional businesses but they did not respond. 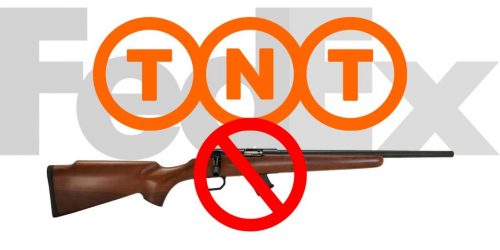 The letter states the changes are to mitigate impacts of both increased cost and compliance; rates for remaining customers are also going up to incorporate additional costs associated to mitigate our risks and remain compliant with legislation. From what we can tell there have been no regulatory changes around transporting firearms and ammunition so these “additional costs” and “risks” are left unexplained. Both Northline and FedEx/TNT are putting their prices up as well which is opportune for capitalising on COVID restrictions on travel. Again, there’s been no consultation with anyone. A 2019 report commissioned by the federal Department of Health to undertake an impact assessment of recreational hunting and shooting in Australia in the previous financial year found that the Australian economy was $335m and 3300 jobs larger as a result of the contribution of recreational hunting and sports shooting. At Owen Guns there isn’t much we can do because we do not use these services but we receive a great deal from them. Our suppliers will be fighting for an outcome though because their customer base is spread far and wide over Australia. All I can say is that this act of discrimination and the attempt to kill an industry that feeds the country is not going unmissed. 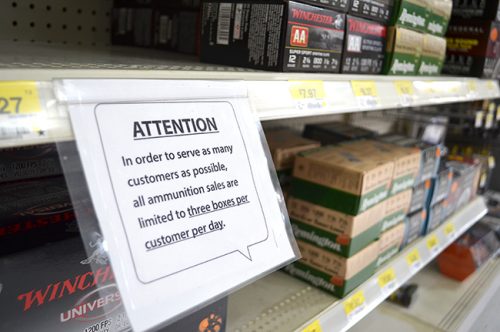 Sky News reported on Thursday that The United States is running low on ammunition after another year of record gun sales brought on by social unrest, an increase in violence and the COVID-19 pandemic. Manufacturers are producing as much as they can with imports reportedly up 225 per cent in the last two years yet gun store shelves are still being emptied – driving the price of ammunition up. The severe rise in gun sales has been reported through the FBI’s National Instant Criminal Background Check System database which last year saw background checks for gun purchases jump to 39.7million. To June this year 22.2 million backgrounds checks have been completed while in 2010 there were only 14.4 million checks carried out. 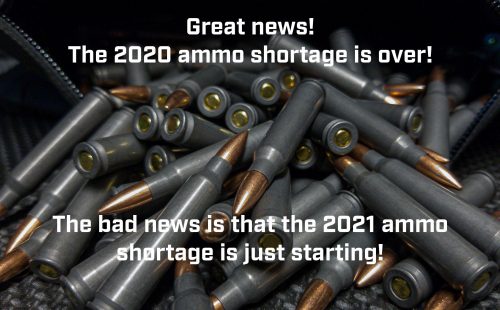 The storm was upgraded to hurricane status in the face of what was arguably the most contentious national election in US history. Among other polarizing political topics of the 2020 election was gun control. During the presidential campaign, Joe Biden proposed a federal gun registration under the National Firearms Act (NFA) and a $200 tax stamp for modern sporting rifles such as AR-15s, along with magazines with a capacity of 10 rounds or more. Whether these proposals will gain any traction or hold up in the courts is another question. Yet with a pro-gun-control majority now in Washington, firearms owners new and old are paying extra attention. The shortage in ammunition is now affecting law enforcement agencies, people seeking personal protection and recreational shooters. So bad is the shortage Doug Tangen, a firearms instructor at the Washington State Criminal Justice Training Commission, said instructors had to reduce the number of shots fired in training to conserve ammunition. “A few months ago, we were at a point where our shelves were nearly empty of 9mm ammunition,” he told Associated Press. The National Shooting Sports Foundation – an industry trade group – says more than 50 million people participate in shooting sports across the US and estimates 20 million guns were sold last year. 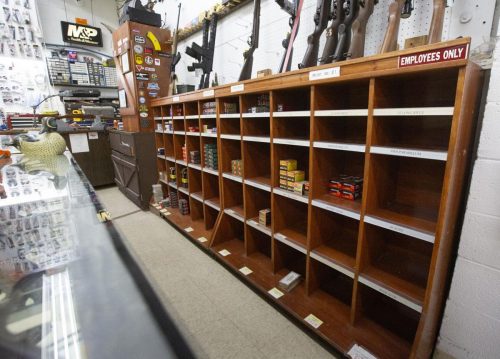 Here is a short segment on this topic from CNBC…

This issue overflows into Australia because even before all this happened we only got the dregs to what other countries recieve. Now the firearm pool has shrunk to a firearm puddle and here at Owen Guns we are struggling with getting some varieties that people have grown accustom to over our years of trade. Some other shops are having to close their doors because they weren’t able to prepare for the drought. Be kind to your local gun shop because they would love to sell you more product but it’s just not there. 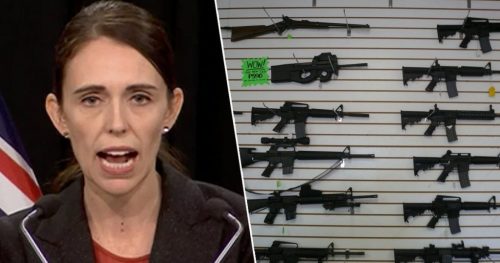 The New Zealand firearm buyback an article by Ben Strang of rnz.co.nz on the 10/8/21 highlights the giant waste of tax payers money and how really it doesn’t impact the crime syndicate because criminals don’t generally abide by law.  Just over $2.4 million was paid out to gun owners who handed in their firearms as part of the buyback, while the total cost of the scheme was $6.2 million. Administrative costs outweighed the money spent on taking dangerous guns out of circulation. It is the second time the police have run a firearms buyback and amnesty since changes to gun laws in the wake of the Christchurch mosque attacks. This time the targets were pump action centrefire rifles, pistol carbine conversion kits, and of course, semiautomatic rifles. The police initially estimated anywhere between 2200 and 2800 firearms would be handed in during the six month buyback and amnesty, and as such, $15.5 million was set aside for the exercise. But the final figures were far more modest. Police collected 1078 firearms, and $6.2 million was spent running the buyback and amnesty. Just over $2.4 million was spent paying compensation to firearms owners, while the rest, the police say, was spent on things like staffing, information and communications technology, information and advertising campaigns, and other administative costs. 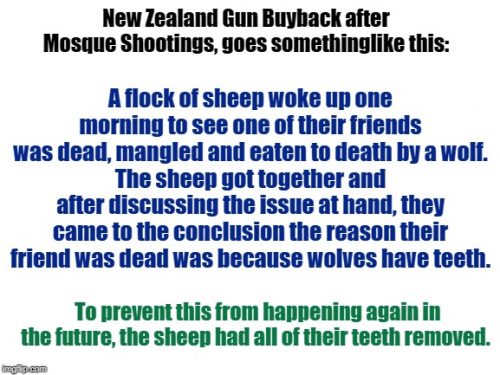 ACT Party justice spokesperson Nicole McKee said those figures were concerning. “I think that it’s a waste of taxpayers’ money, and we’ve been saying that all along. That could have been better utilised by police being able to go out there on the front line, and tackle crime and organised crime, and it’s not. So we’ve really just diverted good money into an area that didn’t really need it, and it’s a waste.”

National Party police spokesperson Simeon Brown is in agreement. “Again, it just shows that this is fundamentally a PR exercise. It hasn’t reached the goals or the estimates in terms of what it was expected, and it shows the government’s priorities are wrong where they should actually be focused on taking guns off gangs.”

Police deputy commissioner Jevon McSkimming said he was “very pleased” with how the amnesty and buyback went. “For this buyback, we were dealing with a much smaller number of firearms and parts, as it mainly impacted on pistols and we could trace the centrefire pump action rifles recently manufactured or imported through permit and dealer sales records. This allowed us to take a more individualised approach with licence holders, engaging directly with the firearms owners we knew were most likely to have newly prohibited items. When considered alongside the results of the 2019 amnesty and buyback, the significant size of the two amnesty and buybacks becomes clear.” McSkimming said. 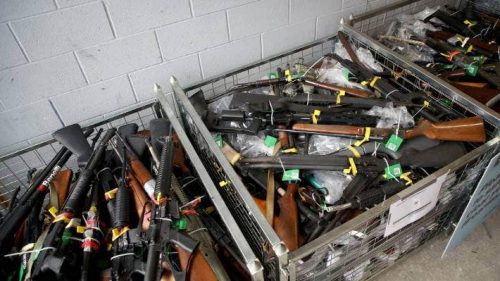 Police Minister Poto Williams echoed those comments. “I was clear from the outset that this would be a smaller buyback with no large scale collection events, and police doing collections by appointment. The absolute priority was acting when this group of firearms came to our attention – for the safety of our communities. And we did. Ultimately – these firearms, in addition to the 60,000 prohibited firearms taken out of circulation in the gun buyback last year, have been removed from circulation for good. These types of firearms can no longer be used to cause harm in our communities. That, to me, is the ultimate measure of success.” Williams said.
On the cost of the buyback, Poto Williams confirmed a total of $2.4m was paid out in compensation, with the rest, roughly $3.8m, being administration costs such as staffing, ICT and advertising. She said they were “all important elements of a firearms buyback”. Nicole McKee and Simeon Brown disagree, and said the money could have been better spent getting long awaited firearms prohibition orders legislation off the ground. In May, the government announced its intention to introduce firearms prohibition orders at some point in the future, but Brown said there is no telling when that will happen, and gang crime is not stopping.
“There’s been 66 firearm incidents involving gangs over the last couple of months since she made the announcement that the government would introduce firearm prohibition orders. That number is only going to increase the longer they are going to wait and fail to actually address the issue by introducing the legislation they’ve promised to the house.” Brown said. The Firearms Prohibition Order Bill is expected to be introduced to the House before the end of the year. 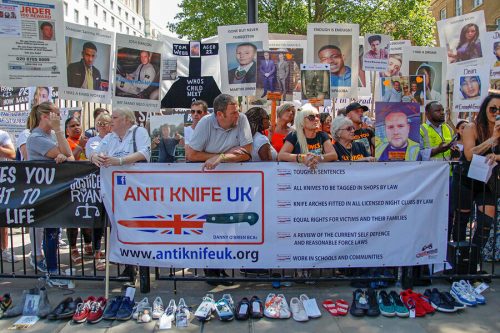 Francolin BT300 12g Staightpull bolt action shotguns are back. It’s been over a year wait but we have a couple in stock.
$620

Howa M1100 22lr
Brand new to our shelves and the first rim fire we have seen from Howa.
Come with scope rings, a ten shot magazine, 18 inch barrel and Southern Cross Tactical stock
$920

Winchester have donated a prize!
When you buy a…
– Winchester Rifle
– Browning Rifle
– CZ Rifle
– Huglu Shotgun
– Meopta Scope
You go into the draw to win
A Meopta Optika 6
2.5-15×44 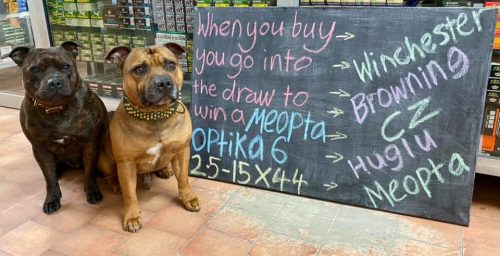 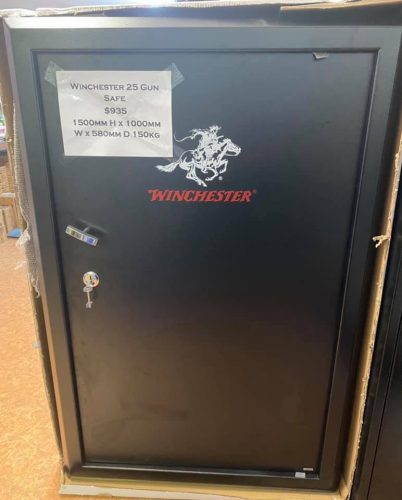 We haven’t seen these in awhile so I thought you should know that they are back on the shelf…..
Boito under and over 26in 410g
$835