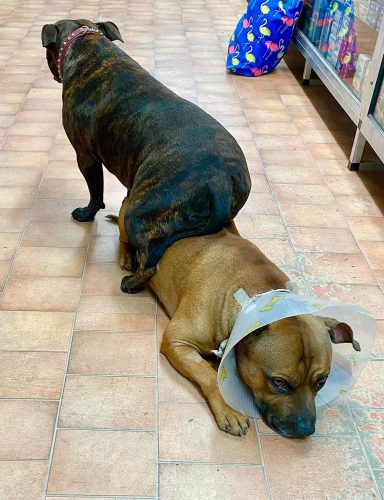 It’s been a troublesome month for me. I’v had to wear what many commonly refer to as the cone of shame. I’ll give you the short version of what transpired…. My mistress takes us hounds for a run twice a day so we can stretch our limbs and relieve ourselves. On my runs I like to tear around the paddock with a hunk of wood the size of a matchlock gun in my jaws. Recently my son has taken an interest to my log, but I tell him to “nick off” because it’s my log it’s my right to keep logs and Its mine. Well, Winnie my “better half” didn’t like how I spoke to our son, so she tried to detach my ear from my head. At first I thought she had gone too far and I need to get a DVO on her STAT but I knew that I would never see my kids and my mistress would be quite upset with me. Not to mention she would lose all her guns. Anyway, that’s how I landed myself in this lamp shade. The pain and suffering doesn’t end there, I’ve been called all sorts of names like ‘cone head’, ‘Chesterspear’, ‘bucket head’ and ‘Pagliaccci’. It’s ironic because Pagliacci the clown had women troubles as well. Ruggero Leoncavallo’s opera about fatal jealousies in a traveling troupe of actors is where the story of Pagliacci is set. Basically his wife runs off with another clown so he kills both of them in the last scene, it’s an action packed love story, just like me and my Winnie.
Last month I explained the changes to Weapons Licensing’s policy on being a ‘fit and proper person. Many people have dropped into Owen Guns for advice on how to handle their rejections to license renewals, new licenses and PTA’s. Some have had to put their firearms in storage, one of those gentlemen has diabetes so is not deemed fit to carry a firearms license but he is still allowed a car license, motorcycle license and truck license. Shooters Union are asking people who are rejected to follow these instructions and for shooters to donate to shooters union to help the financial fight in court. Here is what they have said..
“We are not exaggerating when we say we believe this is the most serious attack on gun owners in our state since the 1996 law changes, and to show how seriously we’re taking this, we are introducing our new plan to help shooters fight back. For current Shooters Union members who have their license suspended, revoked or refused due to no longer being a fit and proper person, we will:
• Arrange a free, no-obligation consultation with an expert lawyer
• Pay your appeal’s QCAT filing fees ($350) if a lawyer feels an appeal is in order.
We’re trying to keep this offer straightforward, but there are a few conditions – primarily, you must be a current member, you must consult with a lawyer about your planned action, and the lawyer must agree the appeal has merit. To receive our assistance, it is vital that you immediately e-mail membership@shootersunion.com.au with all relevant documents (particularly the suspension/revocation/rejection letter from QPS). There are strict legislative time frames at play to appeal a license suspension/revocation or refusal, so we need to get the ball rolling right away.
We already have more than 50 members who have lodged QCAT appeals this year alone and that number is just going to rise as WLB look for more reasons to take licences and guns away.
We are determined to fight this and we are expecting to lodge dozens, if not hundreds of QCAT appeals in the coming months as a result of WLB’s new policy, and it is going to cost tens of thousands of dollars to make sure our members are represented and fought for.
We’re going to need money and support to do it, so we are urgently asking for your support by donating to our Legal Defence Fund to help us stand up and fight for #allshooters.”

Weapons Licensing have responded to Shooter’s Union and amended the guideline about misinformation. If a firearm owner accidentally provides misinformation or doesn’t understand a question and doesn’t provide enough detail then they are given the opportunity to “show cause”. Cue slow clap. Wow! Thank you for the crumb.
They then went on to say that there has been no change to the Medical Assessment “Depending on the condition, it will either be a show cause where further information is required from a medical practitioner, or the application will continue to assessment. All medical matters are considered on a case by case basis, as Weapons Licensing do not want people feeling as though they need to hide conditions or not seek help when needed.” One of our customers was recently rejected at renewal time (he has diabetes, he has had diabetes his entire life), so he went to the doctor to help provide weapons with enough information. Weapons wasn’t satisfied with what the doctor had to say. So meanwhile his license has expired and he is having to pay storage with us. He still is allowed to operate a car, he has never had a hypo and he also needs a gun for livestock management. This is not his first renewal so I believe Weapons is feeding us lies. They are looking into people more than before and it is a threat to their livelihoods. They say they “don’t want people to hesitate about seeking help” but if you think you might lose your firearms or livelihood you will think twice about going to the doctor. The list of people being rejected includes people who have had strokes, cancer, heart condition, diabetes, mental health issues and they are tracking back to 20 years ago.

Shooters are already waking up to what is happening and getting involved in this fight. I even watched ‘Ozzie Reviews’ conduct a You Tube segment on ‘fit and proper person’ https://www.youtube.com/watch?v=iLPblGUbpKE&feature=share&fbclid=IwAR0T7017DyLX8xptpDkU4kIKmwfo1jc2nURqMre91d1mdBIcZq1VuYGS3ZM
He talks about a lady who had post-natal depression 15 years ago!! This is just crazy; this couldn’t be a more clear attack on shooters. He also reads the information from the Queensland Government website on depression. The message Queensland health is putting out there is that people with depression suffer a stigma and can feel isolated by their community. Now they aren’t just isolated by their community, they are also isolated by their government. Another very important point he says is that shooters have to be a level of perfect that is not reflected on any other community. I see this everyday working at the shop, the majority of our customers are nothing but good, hardworking people, who don’t agree with violence or crime. The comments from this You Tube segment were mainly asking that employees of Weapons Licensing should also have the same background checks (and people of parliament). Of course that won’t happen but if it did parliament would be run by firearm owners and Weapons Licensing would be non-existent.

On top of all this we as Shooters are suffering shortages in ammo and firearms, the prices of which are all on a not so steady incline. Powder as many of you know is hard to get but now primers are also not free flowing from suppliers. At Owen Guns we are making moves to try and manufacture our own projectiles and we are also working on a straightpull centrefire rifle to be able to sell. When I tell people in the shop about the state of affairs I get confused looks and questioned as to why? For those of you who fall in this category there are a few factors that are contributing to this messed up world. We are living in uncertain times, America is at Civil War not to mention a pesky virus has them dropping like flies. So they are buying up BIG, to the stage that they no longer need to export because they can’t keep up with the demand in their own country. The rest of the world’s factories are also trying to supply the U.S but have suffered business closures due to the virus so then missed months off work and some have even died in this time. At Owen Gun’s, we are preparing for worst case scenario and investigating how we can manufacture everything here on site. Our message to everyone is to make sure you are prepared for some rainy days. Also remember your old pal Chester when you are carving up a kill. I love the fan mail but if you want to give me some of that fresh meat I’ll always be obliging. 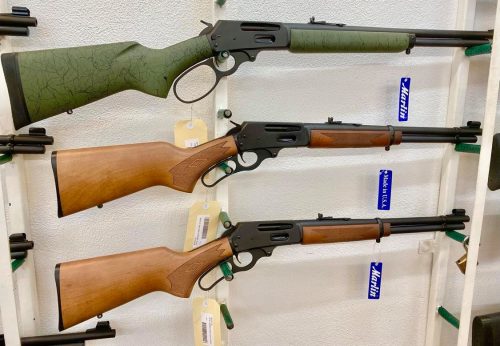 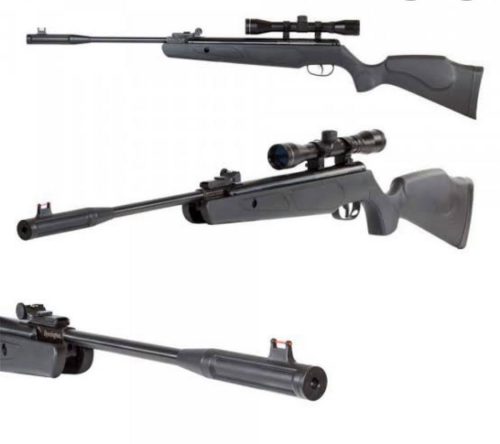 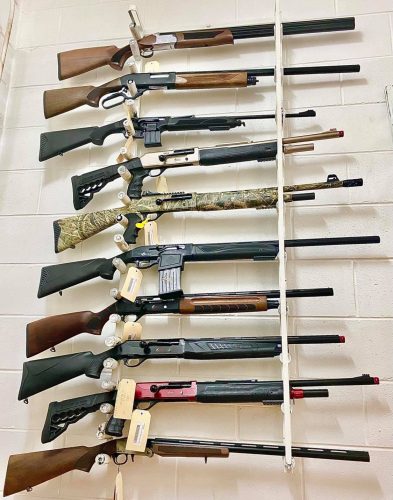 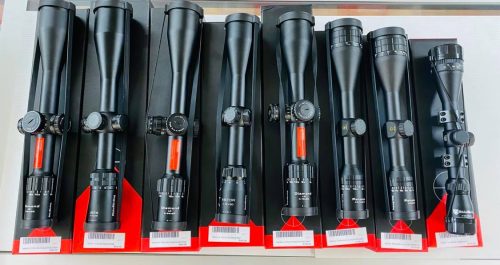