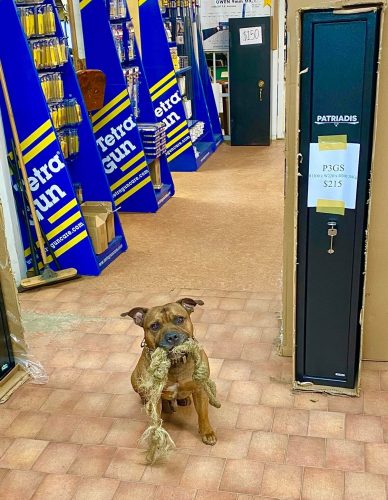 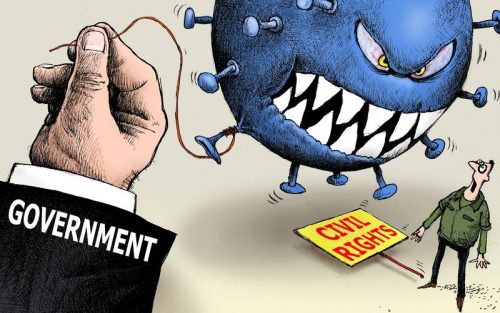 The Australian Government Department of Health still says the vaccination for Covid 19 is voluntary – as are all vaccinations in Australia – and people maintain the option to choose. There may be circumstances in the future in which proof of vaccination will be required, such as border or re-entry requirements, or continued employment in particular areas. One example of this is the mandatory vaccination requirements for all residential aged care workers which has come into effect as of the 17 September 2021 in line with relevant state and territory directions. They haven’t updated this since the 12th of August 2021 and most States looking at reopening are threatening many more restrictions to normal life for the unvaccinated. 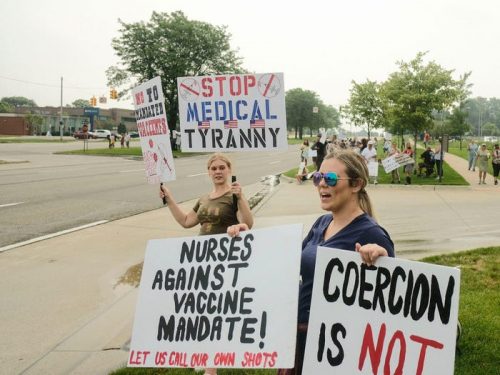 So why is the government making these regulations?

“This is both a reward for the fully vaccinated and precaution for when the borders open and we will see more cases in our community. People deserve to know that they can go to these places and know that they are safe.” Palaszczuk said. 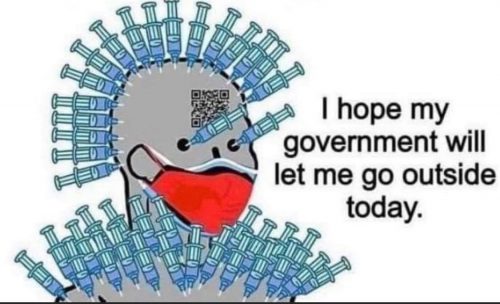 According to the study, which ran from September 2020 to September 2021 and included 440 households in London and Bolton doing PCR Covid tests:

This is a quote from an article written by Lucy Wilk an NHS Hospital doctor on the 15th of November… “The Prime Minister himself has communicated the latest evidence, that two doses of the vaccine do not stop one contracting the virus, nor do they stop person-to-person transmission, they merely reduce the severity of symptoms. Despite this, it is clear the public are being subjected to a relentless media campaign of shame and coercion, that they must take this experimental product ‘for the greater good’ lest they be viewed as selfish cowards.”

So why are we safe going out in public if everyone is vaccinated? There is no evidence to show that statement to be true. I can only surmise that when we open the borders and Covid grows legs like a greyhound  https://www.youtube.com/watch?v=hOV-4aYhYjc  that politicians will have somewhere to ‘lay the blame’. The government will make the unvaccinated the reason behind every contraction and outbreak.

So they have their scape goat massive tick! But what they also have is a huge revenue raising beast. Fines will be doled out to businesses that disobey the mandate on the 17th of December. Fines will be doled out to those who don’t “check in”, proving their unvaccinated ways. Already this pandemic has created a new way to rob citizens and feed the government who seem to use that money to pay for technology to track us. An article published on the 21st November by SBS News, outlines the amount of fines issued and that the majority of people can’t afford to pay them. 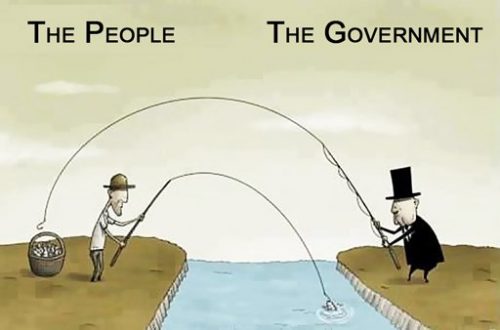 Millions of dollars in fines for breaches of public health orders during the COVID-19 pandemic are overdue in both New South Wales and Victoria. Legal professionals say some Australians are unable to cover the costs and are calling for an improved system. Publicly available data collated by SBS News shows from late June until now, almost 29,000 fines related to COVID-19 offences and worth $24 million were issued in NSW – but only $1.6 million has been paid.

In Victoria, where nearly 39,000 COVID-19 fines were handed out from the end of March until mid-June this year – worth almost $60 million – only about $5.7 million has been paid. Fines Victoria said 65 per cent of fines have reached the final demand phase. 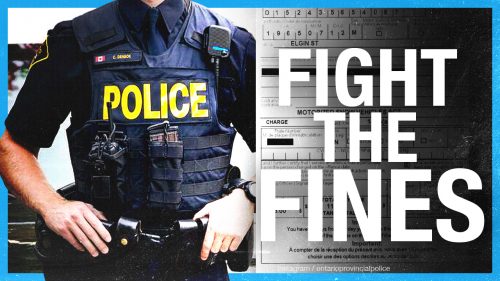 In August, NSW Premier Gladys Berejiklian said increased fines and a heightened police presence would ensure people who did the wrong thing were caught and punished appropriately. Individual penalties for on-the-spot breaches of self-isolation rules in the state rose to $5,000 last month. The same fine amount also applies to anyone who lies on a permit or misleads a contact tracer, both of which were already criminal offences.

In Victoria, police can issue on-the-spot fines of up to $1,817 for individuals and up to $10,904 for businesses for refusing or failing to comply with public health orders. A $5,452 fine can be issued to anyone found breaching gatherings directions. Last month, Victorian Premier Daniel Andrews said many more warnings than fines had been issued in the state, but police needed to enforce fines for serious breaches and where there are risks to the community. 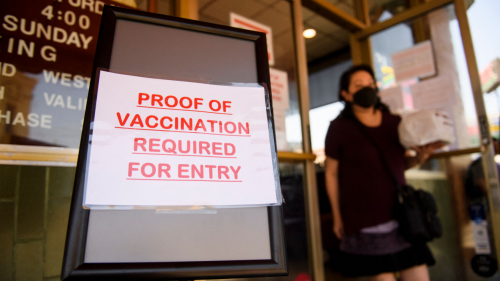 “If you’ve done the wrong thing and you’ve been not warned but fined, then you need to pay the fine,” Mr Andrews said.

“If you don’t want the sheriff knocking on your door, as is fair.”

Lawyers supporting those fined for COVID-19 breaches say many cannot pay up due to financial hardship, particularly due to the impacts of the pandemic.

Now, if they open the borders to everyone they would lose this amazing new income. That would be just silly. Even the vaccinated aren’t safe of the Governments new flourishing business tactics. If you want to travel (which lets be honest is probably the reason 70% of people have subjected themselves to the Vaccine) you will have to pay for a rapid covid test at the border. 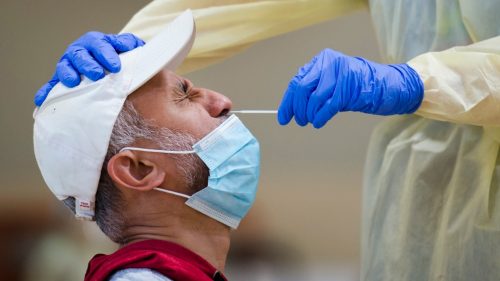 An article by ABC News on the 18th November wrote that when 80 per cent of people 16 and older are double dosed, Queensland’s air and road border will be open to anyone from a declared hotspot, provided they are fully vaccinated. But they must return a negative COVID test in the previous 72 hours, according to the state government’s roadmap.

Ms Palaszczuk denied she was hurting families and stifling potential tourism by requiring families spend hundreds of dollars on tests to enter the state over Christmas.

Dr Cardone lives on the Gold Coast but runs a medical clinic at Tweed Heads and is one of 15,000 to 16,000 daily commuters currently driving through the checkpoints around Coolangatta.

“If you read the rule book at the moment, it looks like if you want to cross over you need a swab every three days, It’s about $150 to pay for a private swab without any Medicare backing. Tweed GP Matt Cardone said. 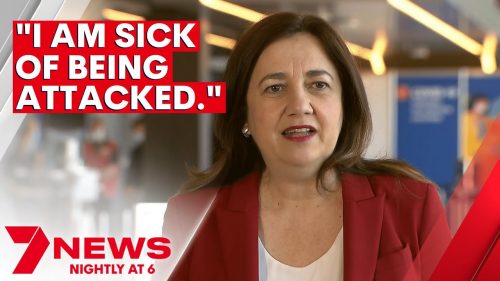 COVID-19 tests are free if you have symptoms or have potentially been exposed to a positive case, but are not covered by Medicare when the test is for travel purposes. Queensland police are expecting the number of vehicles to double when the border roads reopen on December 17.

“When I travelled over to Tokyo, I had to undertake these tests too,” Ms Palaszczuk said, but admitted she did not pay for the tests because they were work related.

“These are the strong requirements we have put in place to keep people safe.” 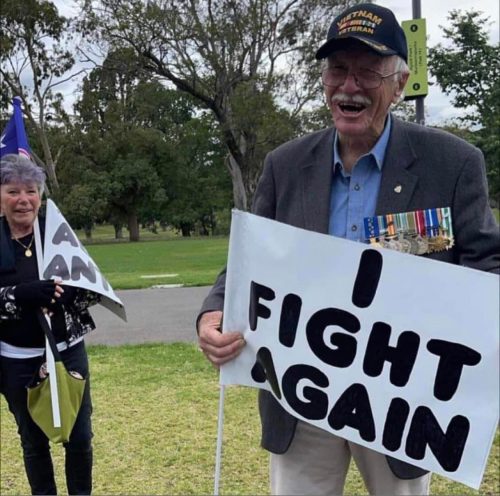 What Can we do?

People are gathering in the thousands in our major cities and hundreds in our towns to protest but it’s not getting much media coverage unless the protest turns violent and then the angle is that anti-mandate people are all thugs. I’ve recently signed a few petitions but not heard of any outcomes just yet. However, the Livingstone Shire Council, located nearly 8 hours drive North of Brisbane, voted to become “pro choice” by rejecting government advice to medically discriminate between who they serve and employ in local businesses.

The Council gathered in an extraordinary council meeting with the sole purpose of sending a message to Queensland Premier Annastacia Palaszczuk following a passionate meeting attended by over 500 people, a majority of whom were local business owners.

The Livingstone Shire Council passed the resolution that:

a. several hundred business owners within the Central Queensland region attended a meeting at Yeppoon on Monday 15 November 2021 and expressed strong and unreserved concern about the impacts that the new restrictions will have on business, patrons and employees;
b. vaccination should be an individual’s choice and employers should not be forced to exclude valued employees from the workplace for exercising that choice;
c. these restrictions will hinder Queensland’s economic recovery by not allowing full participation following the re-opening of borders;
d. the restrictions will also hinder business (to the point of closure in some instances) operating at full potential as regional Queensland’s pool of employee candidates will be reduced by the new restrictions;
e. local businesses remain unsure about their obligations and liabilities for employees under Work Health and Safety legislation;

2. Council respectfully requests that the Premier takes the concerns of the business community into account, and reconsiders the decision to introduce restrictions for unvaccinated people from 17 December 2021. 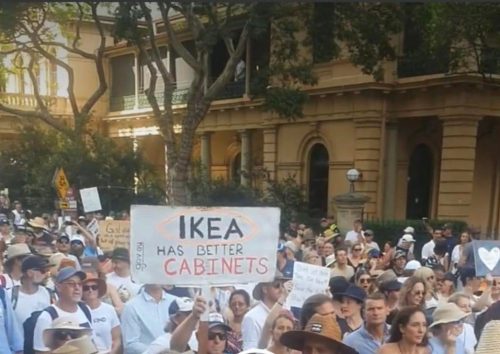 This is what Queensland/Australia really needs to do. I can’t see anything else being more powerful in combating this mandate than each local Council saying “no”. So a simple letter to your local council and local paper could be the way to go. We have to fight this because it will only get worse if we don’t, and soon dogs might have to get vaccinated and I hate needles. 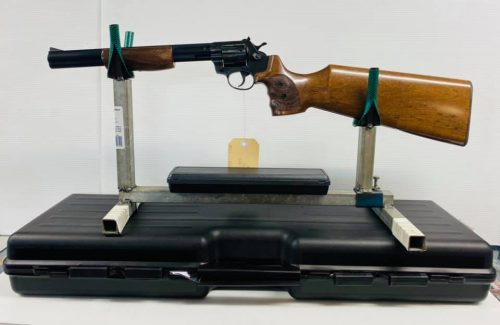 Some Projectiles we have had in order for TOO long. Hope it’s something you might have been chasing.….. 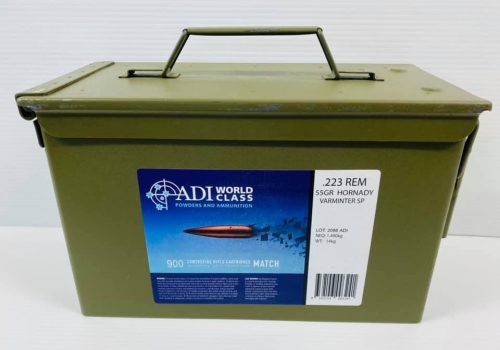