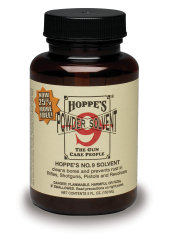 Real Men Prefer Hoppe No 9 and hate Chanel No 5

28. A cleaning solution or what is commonly called a ‘Power Solvent’ is fine for cleaning shotguns and most 22 Rimfire rifles, most of them are similar to Hoppe No 9 Powder solvent. Just soak the cleaning brush and apply to the barrel, it’s ideal for removing the burnt powder, fouling, and build up of wax lubricants, combined with the agitation of the brush it will also remove leading or the build up of plastic left by shotgun wads. Remember do not leave any solvents in barrels for long term, 20 minutes at most, as they are not rust preventatives at all. Solvents dissolve any oil protection that may still be in the barrel and even if they are not corrosive themselves leave the barrel steel completely un-protected. Remove them with dry patches on a Jag and Rod, then apply oil to the dry patch and apply this to the bore.

29. Most have no effect in dissolving or removing copper or other gilding metal fouling I have, however heard of one report from a person who leaves Hoppe No 9 in the barrel for three days and swears that it removes the copper fouling in a green jelly which sticks to the patch on its first pass. I would like to test this, by cleaning this same barrel immediately with an ammonia copper solvent. If no more copper fouling was removed well fair enough, its done the job but if lots of green fouling still mark the patch well its obviously not completely removed it all. Who wants to wait three days anyway? With an ammonia based solvent its gone in twenty minutes.

30. The idea of leaving the solvent for three days would scare me in case I forgot, as I have already warned. It is not recommend to leave solvent in a barrel for more than 20 minutes, if it is forgotten and left in your barrel indefinitely, it could be just a rusty pipe next time you look down it, as some solvents are themselves corrosive Most powder solvents are mixtures of Kerosene, Turps, Acetone and Amyl Acetate. 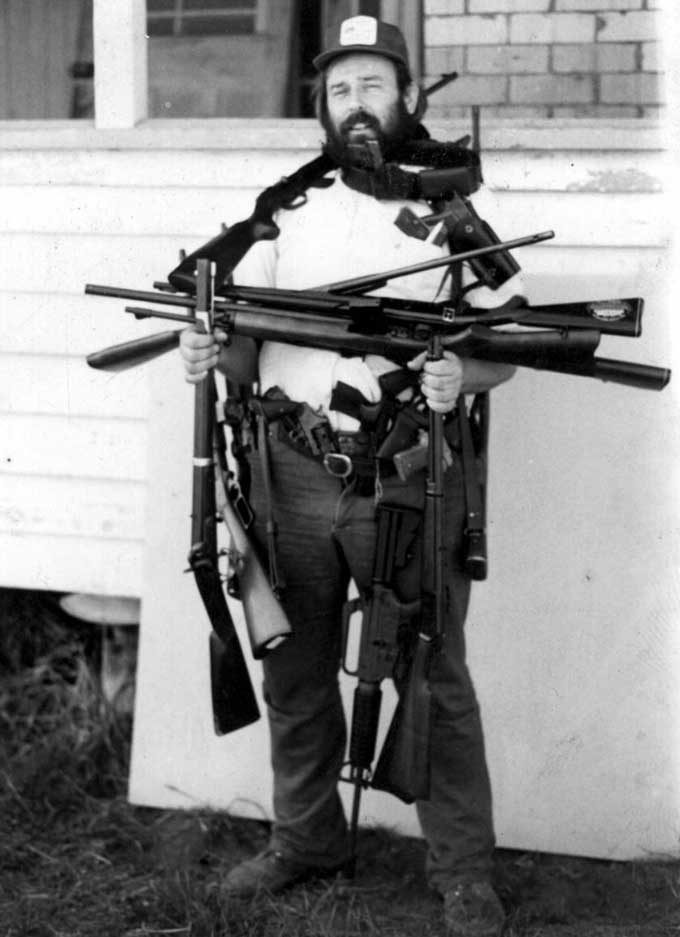 Cleanliness is next to Godliness and some deserve to spend the night cleaning after they have taken a few rifles down to the range.