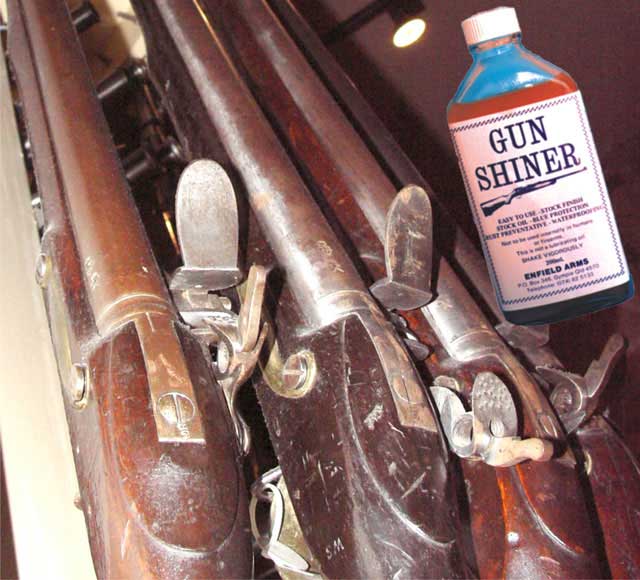 40.There are many products on sale in the gun trade for resisting rust, most suffer from ambitious advertising blurbs that are proved to wash away on the first downpour at the range. Others are for external use on the firearm only. I have been looking for the ideal rust inhibitor since 1959 and still have not found it. Rust is the greatest destroyer of firearms, it even beats governments, its a relentless 24 hours a day killer of guns and once it establishes itself by making a pit hole, the steel or stainless steel, that it has eaten into can never be replaced so it is very important to resist it.

41. Twenty five years ago I had a hunting partner and everything he touched turned rusty within hours due to the salt content in his perspiration, we used to hunt regularly in the swamps or morass which were situated to the rear of the sand hills and Ocean beach in Victoria. Blood is very corrosive and it was impossible to keep it off on our guns as we slung ducks over the same shoulder the gun was on. During the years shooting those swamps I tested every known brand of preservative and cleaned my guns within minutes of getting back to camp with the concentration and diligence of one of those Tibetan monks who makes sand pictures. I still ended up with silver guns as I had to keep removing the rust with wire wool. I also had the fortune of hunting in the Victorian Mountains and sometimes used my rifle as a third leg when fording rivers and a jug, when un-slinging the rifle from my shoulder during frequent drowning’s from the heavens.

42. Again the war against rust was relentless and seemed un-winnable. Then I came across a magic product called Gunshiner which solved more than one problem, it was intended as the name would suggest as a wood polishing product that preserved wood, but it also could be used for sealing the pores of the external metal parts with a hard wax finish. Once it was rubbed on the steel, it penetrated to the bare metal, then dried, to a sticky state which allows you to polish the steel to a nice shine with a dry cloth, this thin polished coat was an excellent rust inhibitor, but if it was left in the sticky state to dry into a solid thick wax coating, for storage or hunting it was twice as good. I have had firearms stored in sub-tropical Queensland for over twenty years with this product and it has never let me down once. Its only draw back is it cannot be used on any internal or working parts of the firearm as it will gum them up. Mineral turps then has to be applied to remove it. 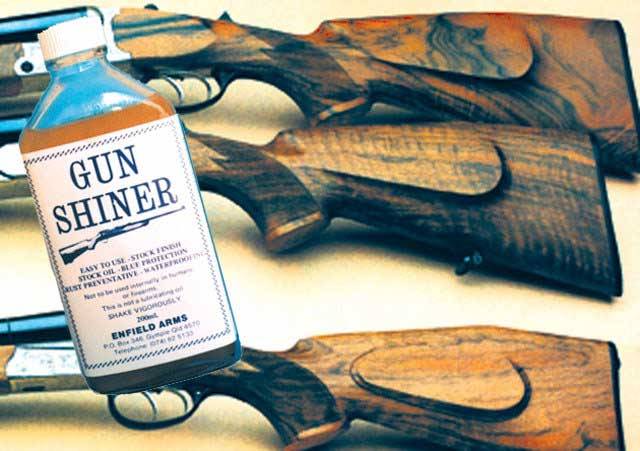