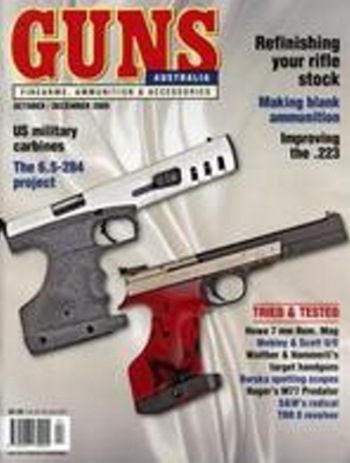 The name Ron Owen is well known to the majority of Aussie shooters as an indefatigable fighter for shooter’s rights and as a firearms retailer and importer.
Ron Owen has a comprehensive background in the shooting sports starting in England when he was 12 years old. He joined the British regular army at 15 and competed in the regimental rifle team at Bisley and Pirbright. By 1967 he had settled in Victoria and was a founding member of the Bonang Branch of the SSAA. Ron has shot every different discipline on ranges in many countries around the world, reaching A grade in National competitions and coached shooters who competed in the Commonwealth Games. After 49 years …