A Century of Lee-Metford & Lee Enfield Rifles and Carbines 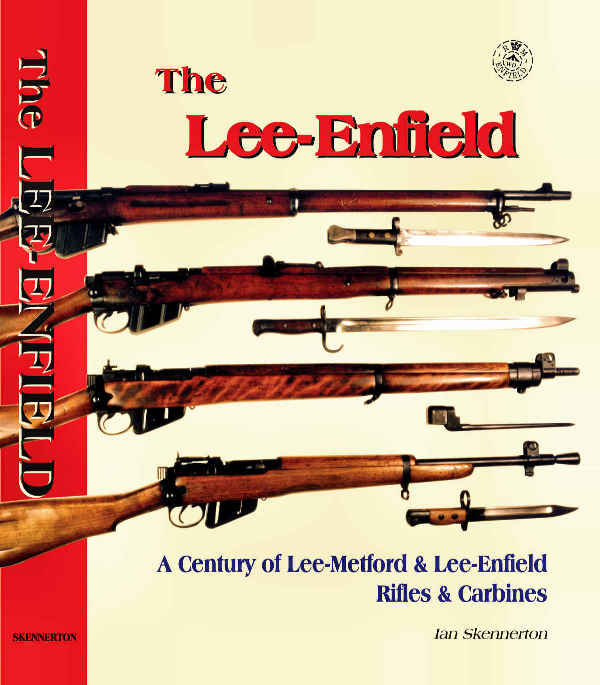 Ian Skennerton has spent more than four decades of world-wide research and study, evolving through two prior editions and many other related titles. The Lee Enfield has proven itself as the finest battle rifle of all time. No other firearm has served for so long at home and abroad with such a proud record. This study encompasses all aspects of the Century of Lee-Enfield development & production… Britain, America, India, Australasia, South Africa & the Far East. Rifles, carbines, bayonets, parts, tools, accessories & ammunition are arranged into specific groups & chapters. There are five new chapters
• Preview, Model Identification
• Lee-Enfield Hybrid
• Serial number Production Ranges
• Component Parts Evolution
• An Ammunition Summary.
The Pattern Room collection has been the primary source for samples and records. With the larger format, this presentation sets a new standard for collectors, students & shooters of the venerable Lee-Enfield… indeed, for all arms books. While the ‘Lee-Enfield Story’ has long been accepted as the definitive tome on the Lee-Metford and Lee-Enfield rifle series, this new volume increases the record from 504 to 608 pages and features improved photographic detail, larger illustrations and an improved layout.