Temperature has a marked effect on both velocity and pressure. Factory ammunition is, as a rule, rather conservatively loaded so that no danger will result even under extremes of temperature.
Twenty years ago a large quantity of 6.5 x 55 ammunition was imported into Australia, (I was responsible for a few million round of it) It was 139 grain FMJ brass case with a berdan primer I suspect made by Norma in Sweden. In normal conditions it was excellent ammunition. (I once shot a five shot.500 inch group at 200m with it). There were reports that it had blown up guns, on investigation this was not the same ammunition only the same calibre. It got everybody talking though. 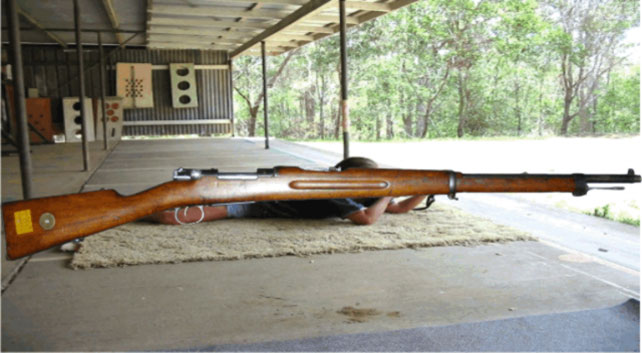 Swedish Mauser Model 1896.Can handle any climate it is made from very high quality materials. The temperature of Ammunition is much more critical.

A southern importer had imported blank ammunition in this calibre and had replaced the wooden blank projectiles with 140 grain soft points. This would not have been too bad if he had replaced the duplex blank powder ( a mixture of black and fast burning smokeless) this ammunition blew up most rifles it was tried in, blowing a piece of chamber section through the top of the receiver ring Scope and mounts often went with it at a great rate of knots). Some said the rifles were at fault but that was definitely not the case the Swedish 96 Mausers were excellent quality.
Then in Queenslands hot summers it was noticed that with the Ljungman 42 B rifle this Swedish Ammunition had trouble extracting and the extractors were ripping off the rims of the ammunition. Again rumours that the ammunition was too hot and was blowing up Ljungmans, but they were not being blown up, they stayed open and left the empty case in the chamber. What was happening was the summer weather heated the ammunition that had been left in the sunshine, this did not create an overload but it did change the timing of the rifle and the bolt was being blown back before the pressure had decreased in the case and it was being gripped by the chamber walls. So the rifle was working against itself and tore the case apart. Sometimes the extractors broke but were easily replaced.
When the ammunition was left in the drink Esky the problem did not occur, or the rifles were modified to restrict the amount of gas used for the blow back, no problem. This caused us to investigate more throughly what was happening.
The matter of temperature effect on velocity is for the IMR style powders, each change of temperature of one degree F. changes the muzzle velocity by 1.7 f.p.s. in the same direction. Thus, an increase in the temperature of the powder amounting to 20°F. could be expected to increase the muzzle velocity by 34 f.p.s. This does not seem to bad until more thought is given. It should be borne in mind that ammunition exposed to the direct rays of the summer sun will reach a temperature much higher than that of the surrounding air. A temperature within the ammunition of 130°F. or even considerably more would not be unusual under such conditions. That is what was happening with the Swedish ammunition (manufactured for Arctic conditions), mentioned above. The weather was unusually hot, and ammunition was often exposed to the direct rays of the sun for hours at a time on the firing line or on the waiting lines. Even worse is the condition within the boot compartments of motor cars, especially one of dark colour, exposed to the Queensland sun.
At the other extreme of very cold weather, trouble has been experienced with inadequate ignition and, obviously, low velocity and pressure. Modern ammunition, however, is not likely to be at fault in this respect. Any trouble experienced under these conditions is more likely due to light firing pin/striker blow from grease packed in the firing pin spring.
It can be taken as a general rule that factory ammunition and moderate hand loads will give no trouble due to temperature effects, if the ammunition container is kept shielded from the direct rays of the sun. 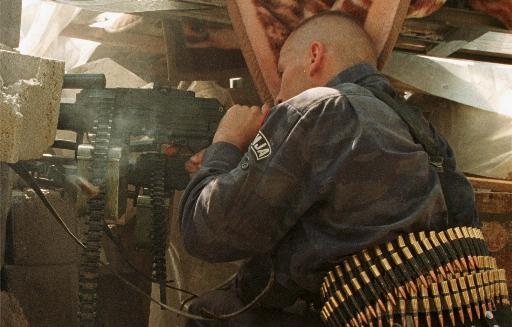 Just a bit of shade will stop your ammo from over heating and around the waist on a hot day is not to be recommended either.

Try and make it a rule when you travel by car, never carry ammunition in the boot or near the windscreen, or exposed to reflected heat inside the car on a hot day. Pack the ammunition in a styro-foam or other insulated chest and place it in a shaded area of the car floor, or covered with blankets or other material to provide shade and additional insulation. Adding ice is not advised, as it usually results in condensation and moisture, and also in abnormally low temperatures. We believe that good ammunition, like good wine, should be stored at a constant temperature throughout its life.
Changes in air pressure also affect ammunition quality. This can be seen when ammunition is flown in un pressurized aeroplanes, or when it is carried to high altitudes where air pressure is very low. The results are sometimes bizarre and always unpredictable. Certain brands or batch lots seem less affected than others. To paraphrase an old infantry maxim, “Take care of your Rifle and Ammunition, and they will take care of you”.