Letter From Australian in the Land of the Free

As usual Ron, a great “Thought for the week”.  I’ve just returned from a two month holiday with friends in Lake City, Florida.  Was there last year for 5 weeks and again, I enjoyed the hassel free gun buying, carrying and shooting environment.

There are 20 million residents living in FL.  Almost the population of the whole of Australia.  As of last week, nearly 7 million CCW (Concealed Carry Weapon) permits have been issued by that state.  The Governor has just ammended the legislation to enable a CCW holder, who accidently exposes his firearm in public, protection in law from any form of police harassment.

The “Castle Doctrine” and the “Extended Castle Doctrine” are now hard and fast pieces of legislation that are basically enshrined within the state’s constitution.  When discussing the rampant crime wave on our Gold Coast and the home invasions and stickups, they are totally stunned that we allow this sort of thuggery to continue and that the state disallows people, especially businesses, to arm themselves with guns.  Most of them do not know the term “home invasion”.

Statistics from Florida show that, of all the break and enters of dwellings, less than 9% occur where an occupant is at home.  The reason is simple, B & E thugs do not want to confront an armed home owner and most likely end up with a bullet lodged in the chest area.

I carried a Para Ordnance LDA 14 45ACP for two months.  Kept it by the bed at night and carried it in a car where ever we travelled.  As an alien, I suppose I could have gotten myself into trouble but even the Lake City Police Chief told me that if I have to use it, make sure I’m accurate.

I did some refresher training in tactics with a Columbia County Deputy who is a state contract SWAT trainer.  This guy is good and really knows his stuff.  Interestingly, in speaking with members of the State Police, City Police and county Deputies, all of them appreciate that the “good guys”, that’s us, are armed and will readily help them out in time of trouble.  It’s a definate attitude thing among their police … not so here.

Went to the Orlando Gun Show.  What an eye opener!  Over 2000 tables with everything under the sun and then some.  Bought a nice Remington Gamemaster 760 pump in 35 Rem, a favourite caliber of mine.  The rifle is mint and cost me $US400.  I bought it from a private trader who just wanted to be convinced that I was over 18 years of age.  Gunbroker.com had one listed in less than mint condition for $750 so I guess I did ok.  I’ll either get it shipped out here of bring it back with me next year when we visit again.

I guess the good news on the political front is that people are getting tired of the nigger in the white house, Obama, and Katters Party looks like being a good thing here.  Let’s hope so.

I’ve added a couple of pics from the gun show, just to annoy you. Terry. (Jelousy does annoy me, and I’m Jelous, Why cannot we have Guns Shows like this? Were we invaded, while I slept and we must have lost as we are now a captive population. Ron) 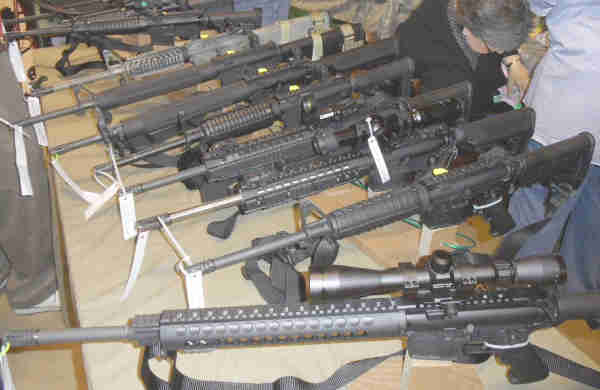 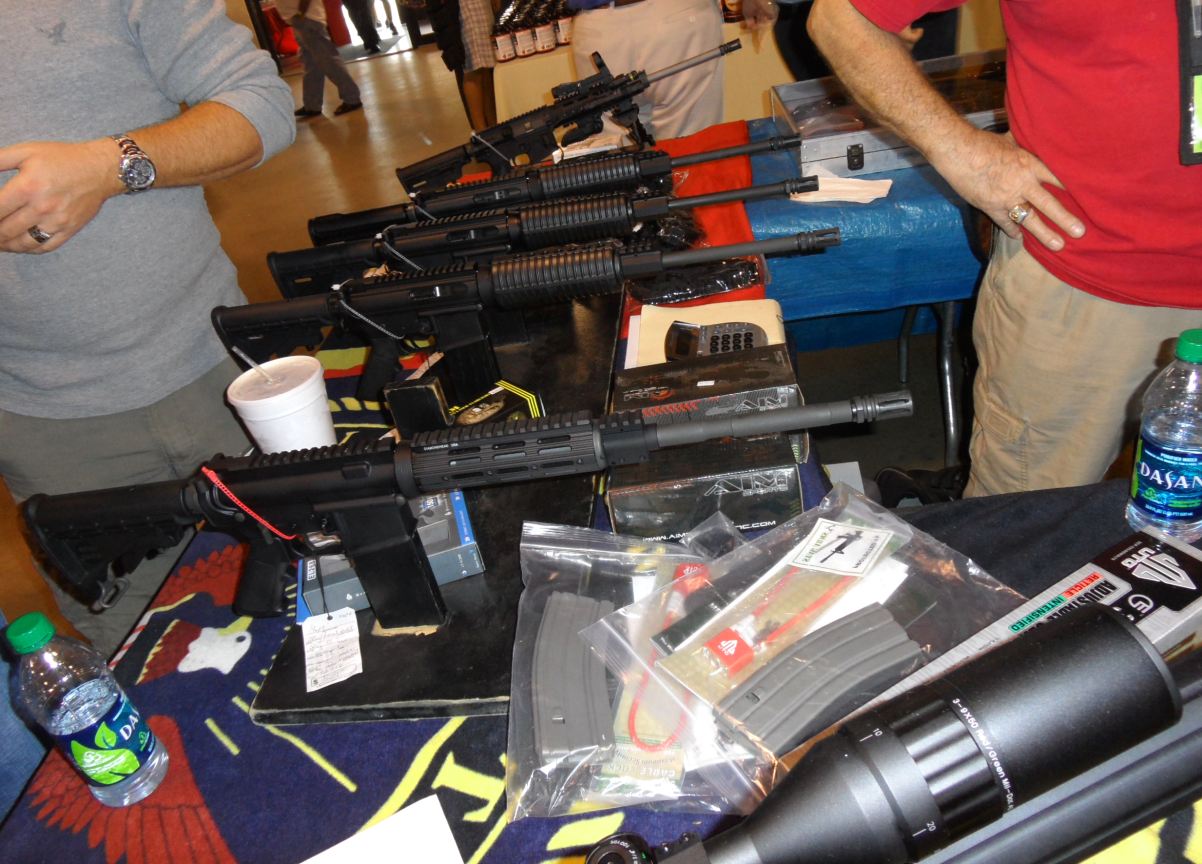 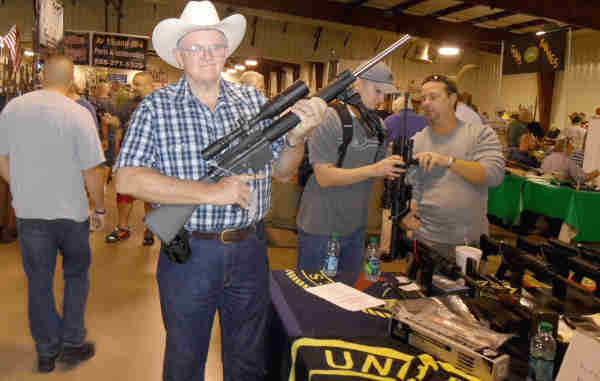 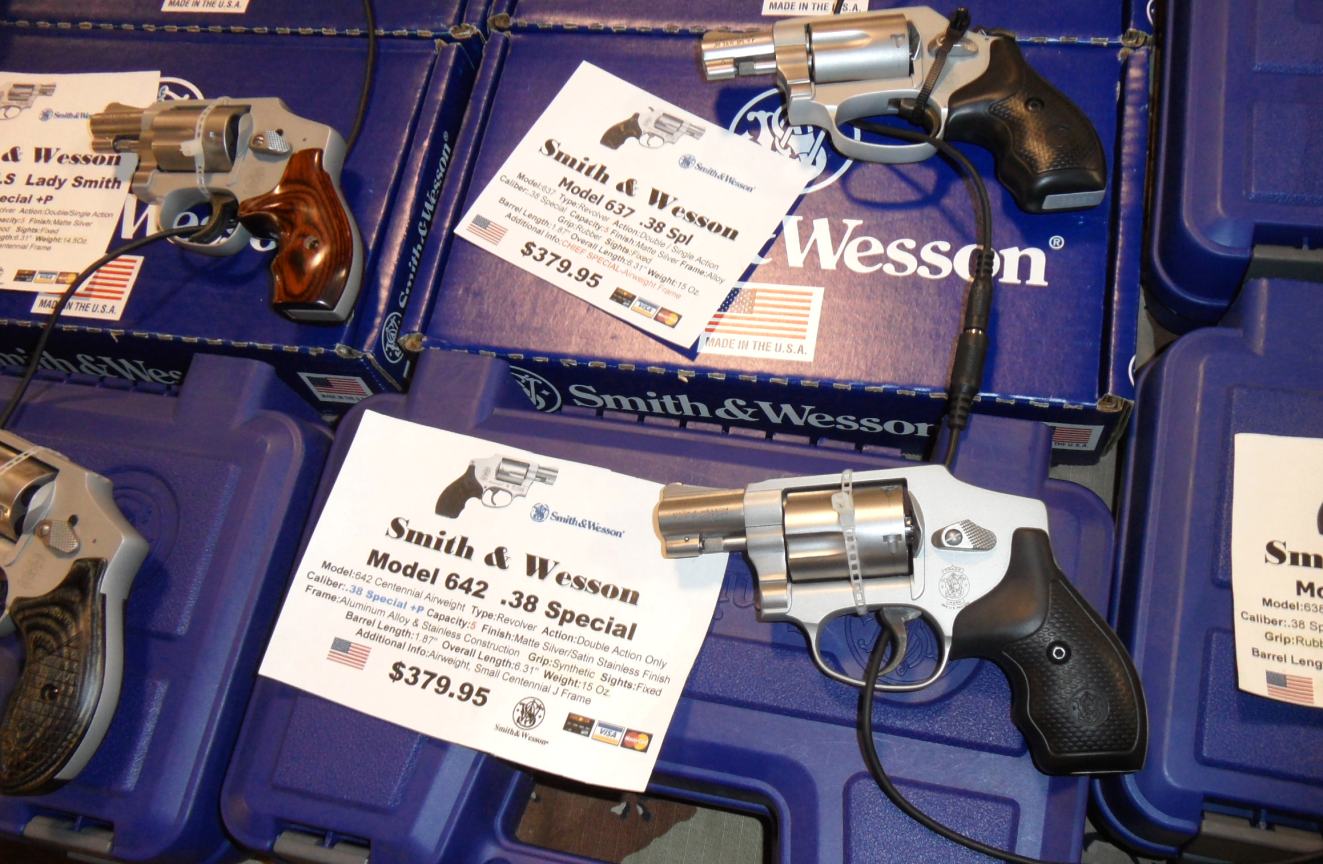 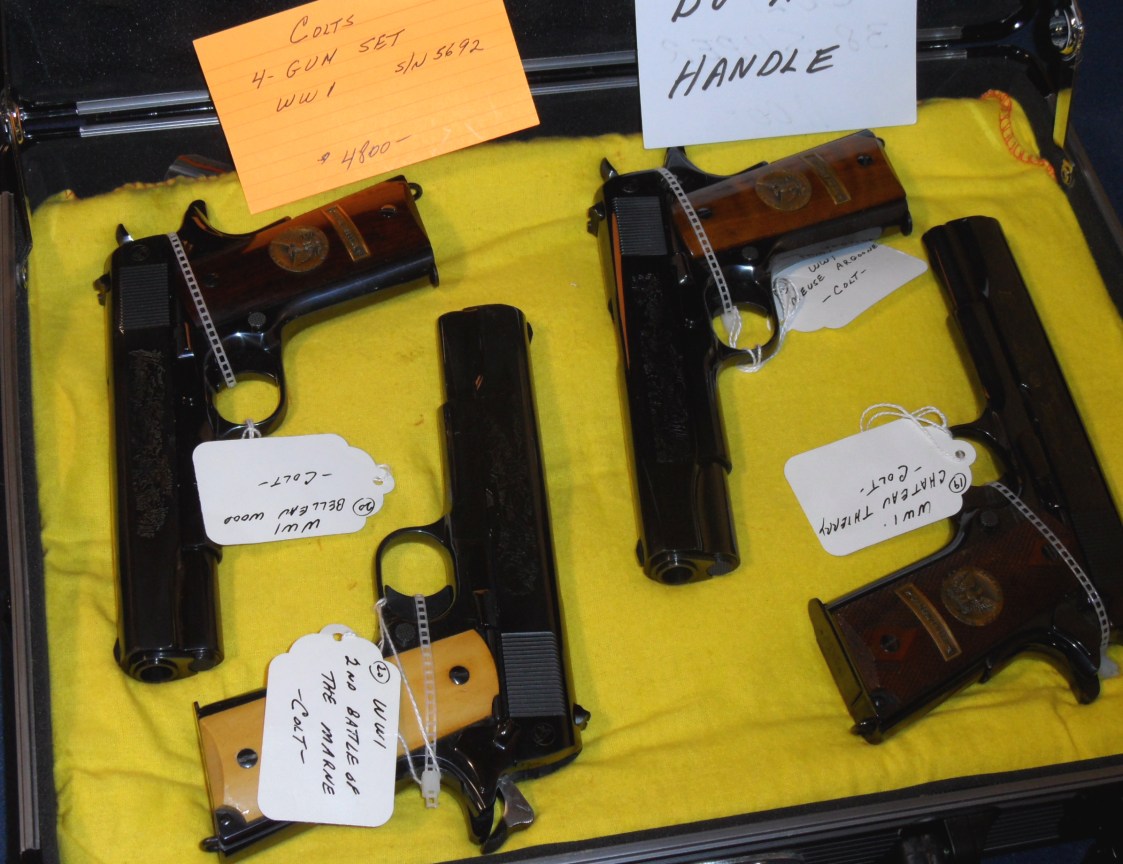 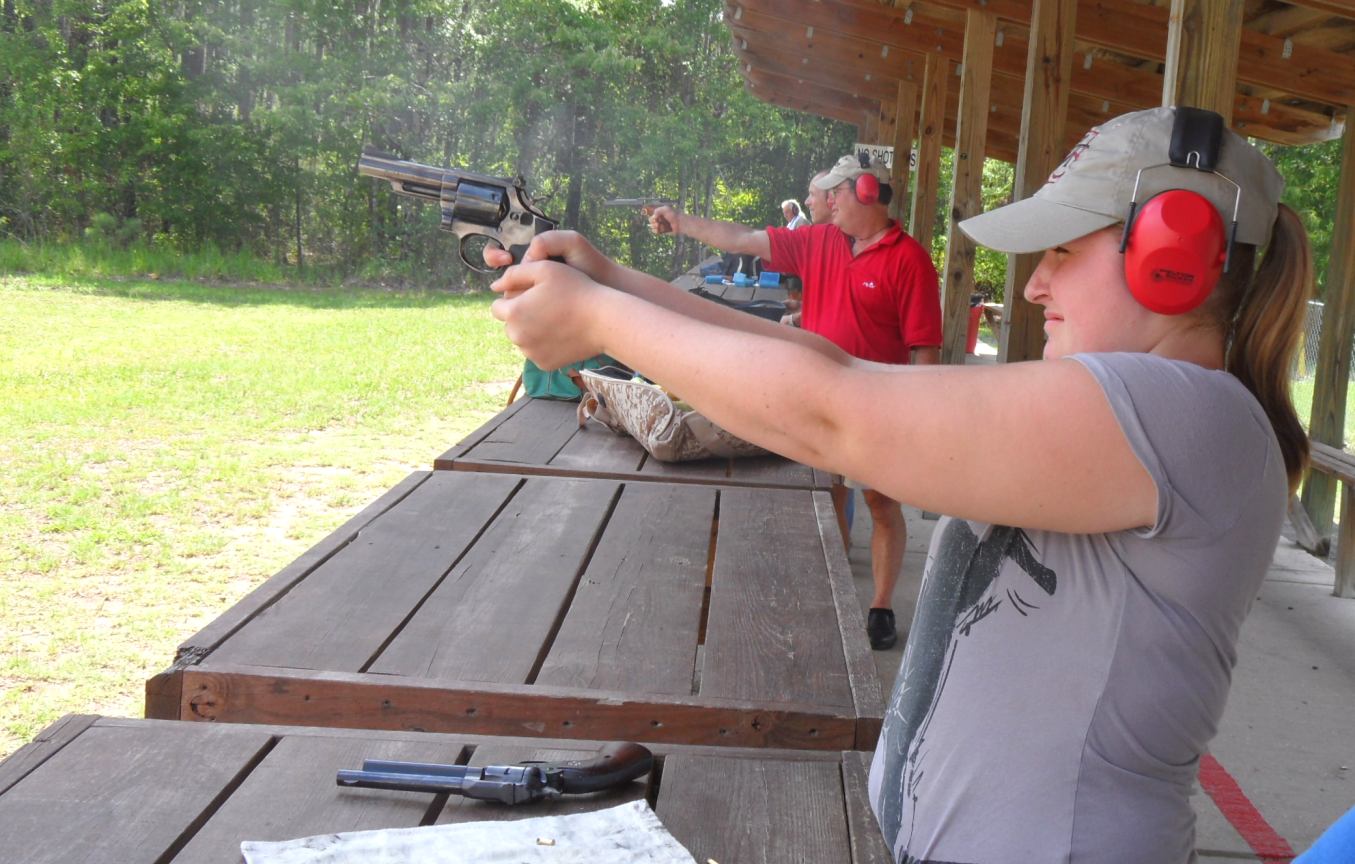 PS:  Pic of my grand daughter Kaitlin 14, shooting guns for the first time.  She fired the 22, 357 and 45ACP and loved it and loves Florida.