By Larry Pratt GOA member.
Dr. Ray Seidel alerted me to the stirring of freedom that is taking place in his village of Ruidoso, New Mexico. I have already reported on the first battle with Mayor Ray Alborn and how he tried to impose an unconstitutional gun ban in the village. To get the full story of what happened in Ruidoso, you can go here and listen to my first debriefing session with Seidel. I recently interviewed Dr. Seidel a second time on my Gun Owners News Hour weekly radio program and asked him about several acts of local interposition in the surrounding counties — all of which underscores the importance of the office of the sheriff and the militia. 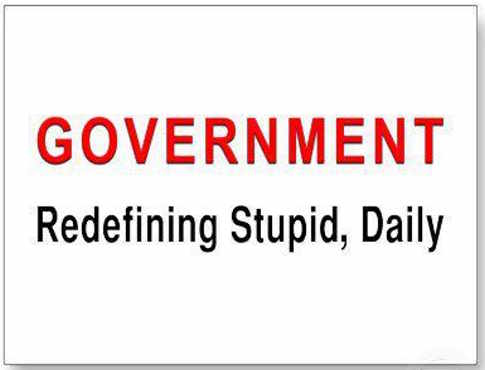 For example, over near Deming, New Mexico is the Gila National Forest. The U.S. Forest Service wanted to make almost all of it off limits for people — until the militia of Luna County intervened. They told the feds that they would resist any effort by the Forest Service to restrict access to visitors. The result? Visitors have continued to access all of the Gila National Forest!
In the Southeast corner of the state, many landowners have working oil wells on their property. The EPA told the oil operators they would have to stop operating their wells because there was too much risk of harming the environment. At a town hall meeting convened by the EPA, a woman in her 60s rose to address the feds. She pointed out that her land had been in her family for over 200 years, and she was not about to let some official from an unconstitutional bureaucracy tell her what she could or could not do with her land. The woman ended by warning the feds that her family has many guns and a huge supply of ammunition, and they would use all of it if needed to keep the EPA off of their land. The locals who had packed out the hearing room jumped to their feet with a shout and prolonged applause. That was in August of this year. As of November, oil is still being pumped at full tilt.
In Otero County, villages in the mountains are surrounded by forests. The county commission voted to establish an 80,000 acre plan to manage forest overgrowth. Residents wanted to cut fire breaks to protect their homes in Cloudcroft, but the Forest Service said, “No.” The residents responded that they had to for safety’s sake and were going to construct the fire break in spite of the Forest Service. Residents were told that if they cut down any trees, they would be arrested. But Sheriff Raymond Cobos told the Forest Service that if they made any arrests, they would be arrested for false arrest. Not only were the trees cut down with no opposition from the feds, the first tree was cut down by Congressman Steve Pearce (R-2ndDistrict). Would that there were many more like Rep. Pearce. The folks in the Second District are blessed with a constitution-supporting congressman and a number of constitutional sheriffs backed by the militias of their counties.
This is the way that local governments can push back and help the feds to live within the limitations that have been placed upon them in Article 1, Section 8 of the U.S. Constitution. As you can see, there’s a lot happening in New Mexico. And Dr. Seidel has been at the center of a lot of it. Two weeks after the people of Ruidoso prevailed in the gun ban debate, Mayor Alborn decided to seek revenge. He went to the state capital of Santa Fe and met with federal officials there. That same week, Seidel got a notice from the IRS that he had until a certain date to file his taxes, which he has refused to do for several years. Seidel makes no secret of his refusal to submit to the IRS which he considers as part of an unconstitutional regime in Washington. The IRS intended to encumber his assets if he did not bend his knee. Seidel visited with the county sheriff who understood what Seidel was trying to do and told him he “would have his back.” 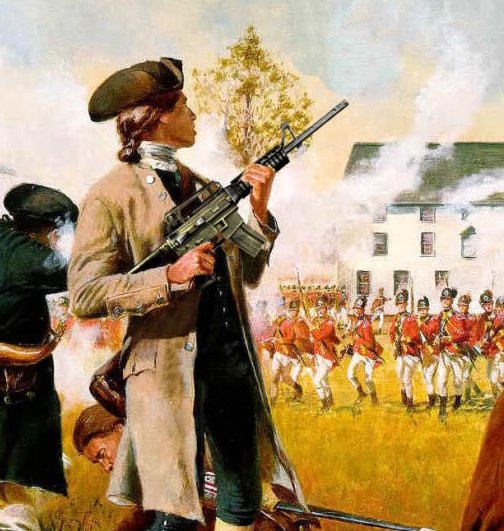 The same was true for the village police chief – the same officer who refused to have his men arrest people who were defying the Ruidoso gun ban by carrying openly in the village council chambers. Not only was the sheriff and police chief alerted to the possibility of IRS action against Seidel, but so was the militia in Lincoln County – some 200 plus men who keep their rifle and battle bag in their vehicles 24/7. They can muster in about 30 minutes at any place in the county. Seidel visited with the village assessor, who would be the official to place the encumbrances on his assets. Seidel explained (as he does with everyone) that Title 42, Chapter 1, Subchapter 1, Section 1983 of the federal code would be used to sue her personally for violating his civil rights — that is, he would sue her if any of his assets were encumbered without having first secured a warrant from an Article III court. Seidel has frequently argued that he will gladly submit to a federal court (authorized under Article III of the U.S. Constitution) as opposed to a mere tax court (which is an unconstitutional creature within the IRS). As with many administrative agencies, the combining of legislative, executive and judicial powers within the same four walls constitutes the very definition of tyranny which James Madison warned us about in Federalist 47.
Seidel has used Title 42 on other occasions. One involved a state trooper with an anger management problem who made a false arrest on Seidel’s son. Since being served with a Title 42 suit, the officer has been able to control his anger. The deadline is long past, and the IRS has done nothing, so the assessor is off the hook for now.
But New Mexico is becoming a text book example of how the Founding Fathers envisioned the states would rein in an out-of-control government. As stated by Alexander Hamilton in Federalist 28: “It may safely be received as an axiom in our political system that the State governments will, in all possible contingencies, afford complete security against invasions of the public liberty by the national authority.” If there were more sheriffs like those in New Mexico serving around the country, we would be well on the way to safeguarding our liberties against Washington’s “invasions of the public liberty.” It also might occur to the Congress that more examples of sheriffs interposing themselves might result in shrinking down the federal government to do little more than just funding the national defense.