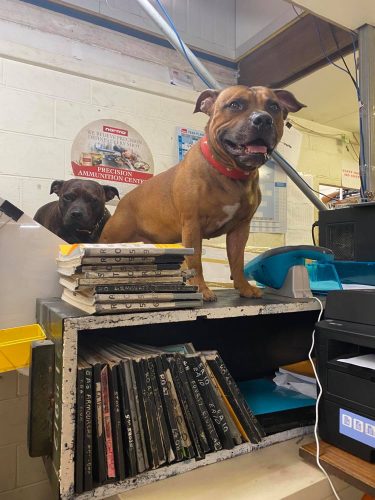 Since my last newsletter things have been on the up and up personally. The vet removed the cone of shame my missus is being civil to me, which is a massive improvement from last month’s mauling. We even celebrated Valentine’s Day, we shared a bone and watched the sunset over Gympie. Speaking of good tucker I had the opportunity to eat a beef skewer that fell on the ground at our local Small Bore Club, those club members are certainly looked after out there, the meat was lean and juicy. The shop has been doing well lots of people buying guns, more getting into reloading which is good the Powder Magazine was looking very light on, I could hear my bark echo when I was in there. Luckily some powder arrived today and we have something to sell again. My fear is that factory ammo is not coming into the country and powder comes in dribs and drabs so what will we have to sell? What will you have to shoot?

Under attack recently is the world of children’s books and cartoons. I have been observing the ‘cancel culture’ that has been infiltrating every ones lives and I think it stems from the same mentality that wants to ban guns. People don’t want to educate their own children so they think by banning it they can sit back relax and they have nothing to worry about. Guns aren’t going anywhere, they are impossible to swipe from history and the present but books are a little bit easier and are so imperative to education.

“You have brains in your head. You have feet in your shoes. You can steer yourself any direction you choose.” Dr Seuss 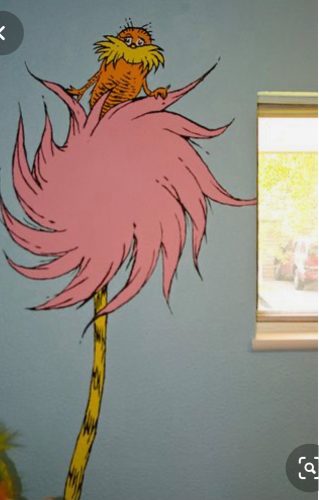 Six Dr. Seuss books will no longer be published because they “portray people in ways that are hurtful and wrong,” the business that preserves the author’s legacy said.

I was shocked to discover that such beautifully written, educational children’s literature would ever be taken away from us. So I spent the best part of a weekend investigating the reason for this. A study, published in 2019, examined 50 books by Dr. Seuss and found 43 out of the 45 characters of color have “characteristics aligning with the definition of Orientalism,” or the stereotypical, offensive portrayal of Asia. The two “African” characters, the study says, both have anti-Black characteristics such as grass skirts. “In (“The Cat’s Quizzer”), the Japanese character is referred to as ‘a Japanese,’ has a bright yellow face, and is standing on what appears to be Mt. Fuji,” the authors wrote. I am gob smacked! I still refer to Japanese people as Japanese, I still see black communities wearing clothes from materials straight off the land. It’s not offensive it’s just the way it is. 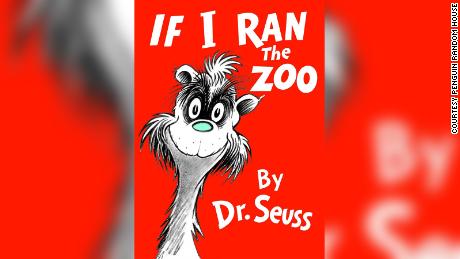 Regarding “If I Ran the Zoo,” the study points out another example of Orientalism and White supremacy. The three (and only three) Asian characters who are not wearing conical hats are carrying a White male on their heads in ‘If I Ran the Zoo.’ The White male is not only on top of, and being carried by, these Asian characters, but he is also holding a gun, illustrating dominance. The text beneath the Asian characters describes them as ‘helpers who all wear their eyes at a slant’ from ‘countries no one can spell,'” the study authors wrote. The study also argues that since the majority of human characters in Dr. Seuss’ books are White, his works — inadvertently or not — center Whiteness and thus perpetuate White supremacy. This is madness! In WW2 Theodor Seuss Geisel otherwise referred to as “Dr Seuss” illustrated political cartoons and he also worked in the animation and film department of the United States Army where he wrote, produced or animated many productions including Design for Death, which later won the 1947 Academy Award for Best Documentary Feature. Shortly after WW2 He wrote some of the books that have made the naughty list and won the Lewis Carroll Shelf Award in 1958 for “And to Think That I Saw It on Mulberry Street”. After the war, Geisel overcame his feelings of animosity and changed, using his book Horton Hears a Who! (1954) as an allegory for the American post-war occupation of Japan,[76] as well as dedicating the book to a Japanese friendGeisel’s birthday, March 2, has been adopted as the annual date for National Read Across America Day, an initiative on reading created by the National Education Association. Which guess what?….  this year they didn’t mention Dr Seuss at all.

Seuss’ stepdaughter, Lark Grey Dimond-Cates, told the New York Post  “there wasn’t a racist bone in that man’s body,” but acknowledged she thought it was a “wise” choice “in this day and age.” She said Dr. Seuss Enterprises informed her Monday of the decision. Another idiot sucked into changing history by just pretending it didn’t happen, betraying her stepfather to win some popular votes.

“He was so acutely aware of the world around him and cared so much,’’ Dimond-Cates said. “I think this is a world that right now is in pain, and we’ve all got to be very gentle and thoughtful and kind with each other.” This world today is losing the plot! They want to get rid of history because it could hurt someone’s feelings. Sure be “gentle and thoughtful” towards the memory of a man who wrote some of the most creative, educational children’s books out today.

eBay has decided that adults need to be protected from these books, too. In a statement to The Wall Street Journal, an eBay spokesperson said that the company was actively removing listings for these books because they contain “offensive imagery.” eBay’s Offensive Materials policy states that sellers may not list items “that promote or glorify hatred, violence, or discrimination aren’t allowed.”

I guess this isn’t a new way of dealing with things, it reminds me of another time when “cancel culture” was celebrated……. On the night of May 10, 1933, an event unseen in Europe since the Middle Ages occurred as German students from universities once regarded as among the finest in the world, gathered in Berlin to burn books with “unGerman” ideas. The students, along with brownshirted storm troopers, tossed heaps of books into a bonfire while giving the Hitler arm-salute and singing Nazi anthems. Upward of 25,000 volumes were hurled into the flames. In this New Order, anyone refusing to conform was simply removed from society and sent away for a special kind of re-education within the confines of a concentration camp. There they would be broken physically, mentally and spiritually until they either submitted completely or died. The first such camp was Dachau located near Munich. It was so successful that it became the model for all subsequent concentration camps, and there would be hundreds of them.

“Sometimes you will never know the value of a moment, until it becomes a memory.” Dr Seuss 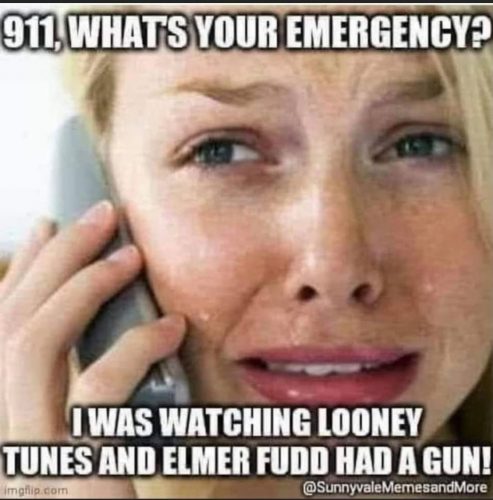 Last year Looney Tunes made a big change to the much loved cartoon. What is it, some might ask? Well, fan-favourite characters such as Yosemite Sam and Elmer Fudd — the big-headed hunter with the rhotacism speech impediment — no longer wield guns in the 2020 iteration of the cartoon franchise. Instead, Fudd now possesses a shiny and sharp-looking scythe. The executive producer and showrunner of the show, Peter Browngardt, confirmed the change during an interview with the New York Times last month. “We’re not doing guns,” he said. “But we can do cartoony violence — TNT, the Acme stuff. All of that was kind of grandfathered in.” So violence is fine, children and adults can enjoy a bit of slicing and dicing but shooting that’s offensive. 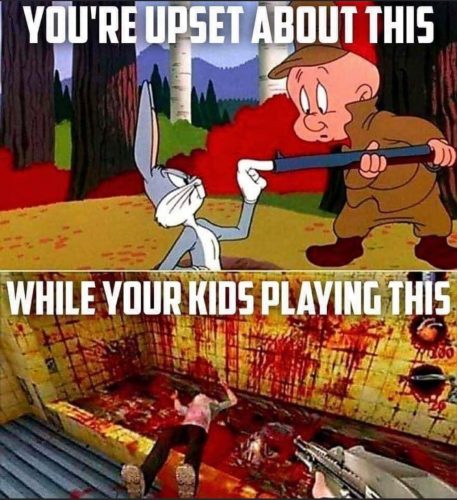 I’ve involved myself in debates over “cancel culture” this week and people are very quick to get personal and try and make you out to be stupid for having a different belief to them. I don’t know whether I suggest partaking in these debates because it doesn’t really achieve much but it can help cement what you believe. Sometimes our enemies are not obvious, sometimes they do not carry weapons, or look tough and menacing. In our case, as firearm owners our enemies wear suits, push keyboards and make more money than us. They want to “cancel” us, they want us to be disarmed but we won’t let that happen. 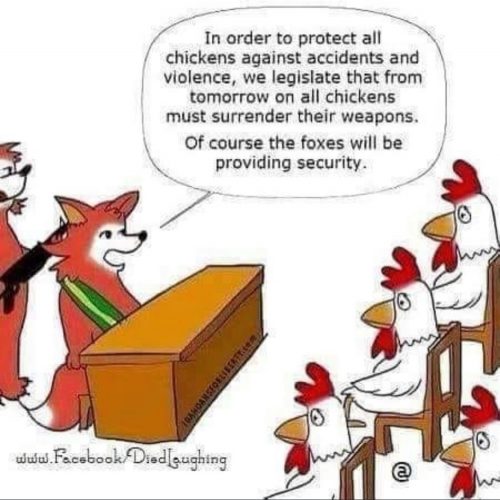 Speaking of enemies… We recently helped a gentleman renew his weapons licence and it was a bit more involved than previous years. Weapons licensing are now asking us to list all the firearms we have on our licence, so we have to write each firearms make, model, serial number, and action when we do our renewals. It takes a fair bit of time if you have more than a couple so make sure you are ready. It seems a bit of over kill having to fill out a permit to acquire for every rifle you get and then list them every time you renew as well. What exactly are we paying them $41.25 for? They are 5 years behind on their paperwork we get calls from them asking us to send them copies of paperwork from 2016. They lose information about nearly every person who has a licence and then blame civilians for their own mistakes. The amount of time in our lives that we waste doing Weapons Licencing’s work for them is growing at a stupendous rate and we are trying to run a business.
Today another man came into Owen Guns to put his pistols in storage because he went to renew his license and they said he gave them “misinformation”. They listed two altercations that happened when he wasn’t even 17 and another that had been dismissed when he was an adult. The man had clearly seen a few decades of life since that time so I’m getting the feeling that no one is safe. Coincidentally the man I told you about in the last newsletter who has diabetes and was told to surrender his guns came in today as well. He went to the doctor for the second time and the doctor rang weapons licensing and very strongly told them to give him his licence. The doctor was annoyed with them because he had already said this man was fine and the appointment was a great waste of his time as a medical practitioner. This poor gentlemen had to pay for two doctors appointments, storage at Owen Guns and advice from a solicitor just to be allowed to keep the guns that were already issued to him. The message couldn’t be more clear…. they don’t want us to have guns. Guns are offensive and nothing is safe from the “cancel culture”. 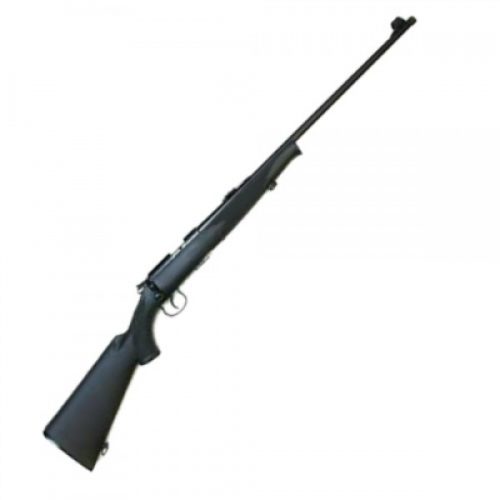 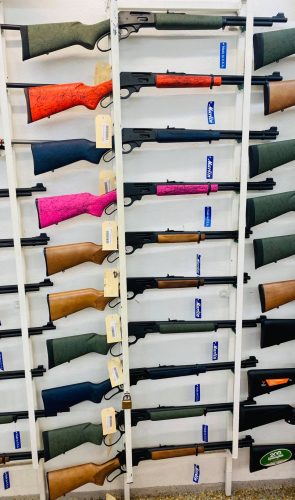