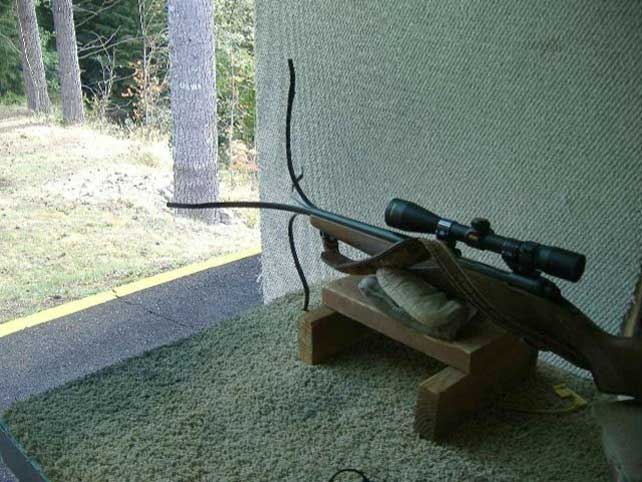 Did he try to shoot the Hornets nest out of his barrel or didn’ he know it was there?

The following comments on cleaning and care may seem at first glance rather lengthy. I do hope that you appreciate its importance and read it, in its entirety, but for the person who is only looking for information concerning one aspect, of preserving firearms each aspect is on its own separate page. Having spent many thousands of hours explaining the subject to customers and having nothing in writing to refer them to, I felt the time has come not for a quick 1 to 5 summation, (if anyone wants that, they can read the directions on the label of the cleaning products), but to explain a very important subject which to date has had little serious attention and yet costs us all, so dearly if we ignore it.
In explaining why things have to be done correctly, I hope it inspires and encourages shooters to protect what they value and love.

1. Firearms are fabricated mainly of steel, wood or plastics. Steel corrodes (rusts) and erodes (heat and friction). Wood will swell and warp with moisture or suffer from dry rot. Plastic can decompose in sunlight or breakdown after coming into contacts with certain oils and solvents.

2. Rust eats away steel, so a rusted surface can never be retuned to its founding state. Removing standing surfaces between rust pits alters dimensions of the firearm. Rusting is the predominant destroyer of firearms internally and externally, it is relentless. Stainless Steel offers little or no more protection, in fact, as it makes corrosion harder to see, as it has no brown flakes, it often goes un- noticed until it is too late. The silver surface is then cratered like the surface of the moon.

3. Wood that has warped cannot ordinarily be returned to its original shape and size, yes it can be refashioned, refinished but then it is never the original size again. Splits and cracks can be repaired but its never the same as it was originally. It is far better to preserve wood before this sort of repair is needed.

4. Cracks and splits in plastic can be repaired but once plastic has began to deteriorate from chemicals or sunlight, the process is irreversible.
Firearms are expensive, hard to get and sometimes irreplaceable, lifesaving tools when required. Therefore it is important that we preserve them in use and storage.

5.Under certain conditions rusting, swelling and warping can occur in a very short time sometimes in just a few hours. The external and internal surfaces of a firearm can become wet from rain, snow, immersion in water, or just from moisture in the air. Certain substances such as salts from skin or blood or sea water when in contact with steel will hasten and increase the speed and intensity of corrosion.

6. Humidity is greatest close to large bodies of water and in the tropics, and even in dry deserts, humidity increases substantially at night time. Only at extreme low temperatures is moisture absent from air but cold steel brought into a warm house will immediately be saturated with condensation, this should be born in mind when planning storage of firearms. The very worst places to store your firearms besides an open field, are plastic and leather soft gun bags, followed by aluminum and plastic hard gun cases, then steel safes. The ideal storage seems to be in horizontal gun racks, in a living area, where they can be seen on a regular basis, where humidity and temperature has little variations. Of course displaying guns in this way is considered illegal in Australia by the State Gestapo even with steel security locks.

7. The use of non-corrosive primers and powder does not prevent rust in barrels. There may be nothing in ammunition which of itself causes corrosion, but just the factor of the firearm being heated by the use of ammunition and handling by the operator makes it imperative that it is cleaned before it is stored as when it cools small beads of perspiration form over the internal and external surfaces. Non corrosive ammunition however has simplified the cleaning process but unfortunately does nothing to remove moisture.
If a steel surface is cleaned dried, and coated with a rust inhibitor, it will not rust for a considerable time, dependant on temperature changes.

8. To protect wood from moisture, wood preserving oils can be used which seal the pores of the wood. Unfortunately as timber is not dried and seasoned for fifty years, as it used to be, moisture is still present in many of the wooden stocks and causes condensation which turns to moisture on steel parts and causes rust. 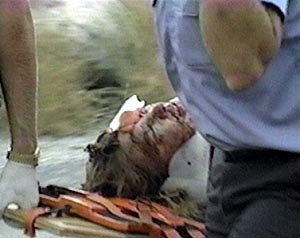 A lack of Understanding Cleaning can lead to a lack of Preservation.