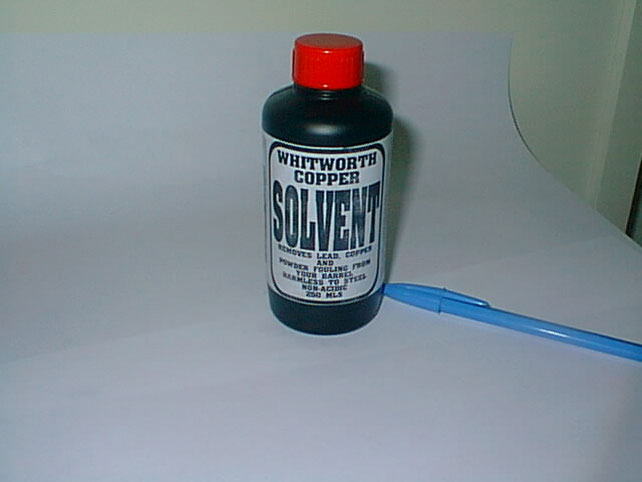 31. In today’s, 21st Century centre-fire rifle shooting, high velocity with copper jacketed projectiles is the ‘norm’ not the exception. The propellent powder we burn is non-corrosive and the primer residue is non-corrosive, the copper projectile is not like lead which needs a lubrication to stop it from smearing the barrel. So why, many ask, do we have to go to so much trouble in cleaning the barrels. Well at the beginning of the 20th century when we had corrosive powder and corrosive primers, cleaning had to carried out on a religious basis or within days they would be rusty pipes, but there was little problems with copper or metal fouling as the copper jacketed projectiles for the conservatively loaded cartridges of the day, 30/30, 303 British and 22 Hornet were only producing velocities of about 2000 feet per second, but as the velocities of rifles approached the 2200 fps range and above, shooters noticed, in a good light, that their barrels were being copper plated with a layer mostly less than .0003 of an inch thick. At first shooters considered that it did no harm, that it did not accumulate or grow, that it did not effect accuracy and thought it may slightly delay corrosion.

32. With more experience, competitive shooters found if it was left without cleaning for a period of time when the copper fouling was removed the bore would be found to be pitted with very small indentations. This was caused by either condensation forming under or in between the fouling and the surface of the bore then corrosion taking place, or successive bullets compressing the previous bits of fouling into the surface of the barrel, or both. Bores roughened in this way never shot with the same degree of accuracy as they did before.
In its first stage, accuracy does not seem to be effected for the first 40 shots. If the condition of the bore is not perfectly smooth either from rust pitting or chatter from the rifling process it will be effected much quicker by the fouling. As the fouling accumulates accuracy reduces comparatively. When the fouling is removed the accuracy is restored, provided that it is removed before the condition compounds itself.

33. When rusting/corrosion occurs in between the layer of fouling and the bore. This can occur within 24 hours of use mainly at nightfall when the humidity level increases.
As the velocities have increased from out of the 2200 fps range to the 3000 to 4000 range this phenomena has turned from a rarity to a regularity.
So if you are using calibres such as 222 R, 223, 22-250, 243 win, 6 mm, 6.5 Swedish, 270 Win, 7mm Rem Mag, 308 Win, 30-06 or any of the bigger magnums you should be looking at using a good copper/metal removing solvent.
There are only four ways that copper fouling can be removed from inside a rifle barrel:
1.A stiff bronze/brass brush of the correct diameter ‘agitated’ will loosen and remove some copper fouling but it would take hours of hard work to remove a useful percentage out of just one barrel.
2. An acid solution that etches the copper away. These are usually Nitro Benzine or Nitric acid based and unfortunately are quite corrosive on all metals including copper and barrel steel.
3. Ammonia based solutions which chemically reacts and breaks down the copper fouling. While they do not actively react with the barrel steel, they do remove any protection against corrosion that may be in the pores of the steel leaving it exposed to rust and corrosion.
4. An electrolysis tank which removes the copper fouling by the use of positive and negative electrical charges. (It’s a hard process to set up and transport with the rifle)

34. I prefer to use a little of 1. and lots of 3. The best way to test the product is to use it agitating it with the bronze/brass brush through the bore of the barrel, then swabbing it out until a clean flannel patch is produced, repeating the process until the solution produces no blue stained patches after its been left the statutory 20 min. If you then use a clean brush to apply the next solution with a clean rod, wait for twenty minutes for the chemicals to do their work and then swab out with a clean flannel patch if the second solution removes fouling on that patch in the form of blue stain the first solution has not done its work.

35. The best products that I have used and tested for many years have been the Whitworth Copper Solvent and Sweets Copper Solvent both products should be used as fresh as possible and not shaken before use. They both have two types of Ammonia suspended in a detergent when they are agitated by the brush they chemically react and breakdown the copper fouling. If you shake these solutions while they are still in the containers then they will react in the bottle and from then on be inert and of no use at all in the bore of your rifles.

36. Over the years I have come in contact with many shooting, so called experts who never clean a barrel or at best just wipe it out with an oily rag, occasionally they dry it before use. They are set in their ways, more than likely they do not fire a lot of centre-fire high velocity ammunition, if they do, when the poor results are obvious they say the barrel is worn out, have it replaced or sell the rifle. Many say, ‘I was in the Army for nine years and we never used Copper Solvent there’. That’s true, but most Armies in the world have a constant rotating barrel replacing program, where the Battalion Armouries return the rifles to the factory for refurbishing on a time basis. That way they are saved the necessity of equipping and training soldiers to remove this problem, if it looks shiny all the way through, ‘no rust’ that’s all the Army cares about. 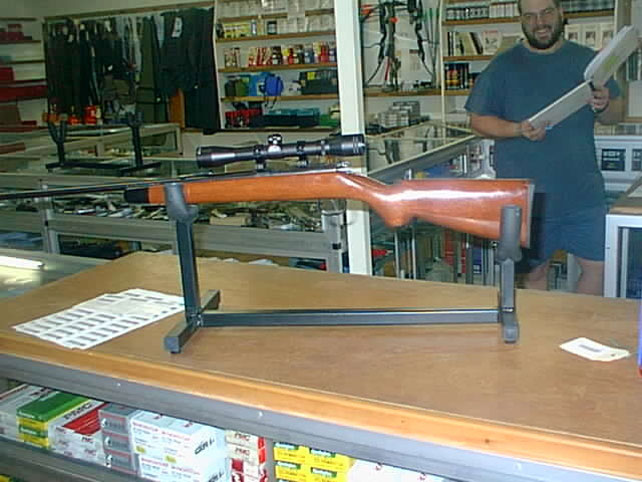